Began on August 9, 2012 from Kanyakumari of Tamilnadu, 66 year old former RSS Pracharak Sitaram Kedilaya lead ‘Bharat Parikrama Yatra’ has been aimed at the upliftment of rural life in the villages of India. The Yatra which was launched in Kanyakumari on August 9, has now covered an approximate distance of  5500km Fri Dec 6 , 2013
FAIZABAD Dec 6: Communal tension gripped Tanda town of Ambedkarnagar district in Uttar Pradesh on Wednesday night after a local VHP leader was shot dead by unidentified gunmen. Keeping in view the simmering tension over the murder, a heavy contingent of security forces including PAC jawans was deployed in the […] 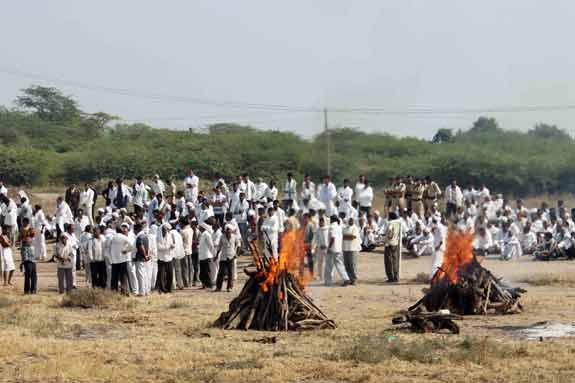