FAIZABAD/AYODHYA April 20: For the first time in 64 years, the district administration didn’t allow the special Ram Navami rituals at the Ram Janmabhoomi in Ayodhya as per a Supreme Court order passed 19 years ago. Despite the apex court’s order, the rituals were performed every year. However, this year the administrative authorities took the decision following strong opposition from Hashim Ansari, the first appellant in the Ram Janmabhoomi-Babri Masjid title suit.

The Ram Janmabhoomi Seva Samiti has been performing traditional rituals despite the Supreme Court through its various orders restraining any religious activity on the acquired land of Babri Masjid and Ram Janmabhoomi. The chief priest appointed by the court, Acharya Satyender Das, is authorised to offer only daily prayers at the disputed site but no

Faizabad DM Vipin Kumar Diwedi had earlier clarified that the administration would abide by the Supreme Court orders. So, when on Friday the samiti members reached the first entry point of the acquired area — the Rang Mahal barrier — they were stopped and the metal ‘kalash’ (urn) was taken by a local priest arranged by the administration there. Talking to TOI, the chief priest of Ram Janmabhoomi said, “One of my followers took the kalash, but it was not offered to Ram Lalla in the makeshift temple.“

National Seminar held, on Dr SR Rao and His Contributions to Indian Archaeology 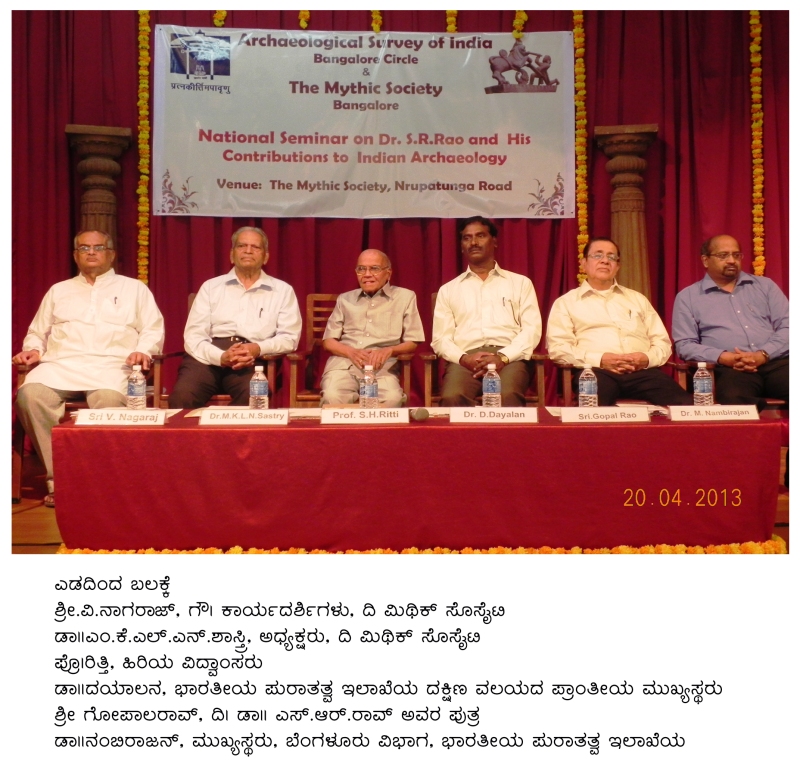