Karnavati (Ahmedabad): In a Grand Hindu Confluence a unique movement ‘Hindu Ahead’ was launched. ‘Hindu Ahead’ stands for Hindu Safety & Prosperity. The movement aims at reaching out to Hindus from Cities to Towns & from remote villages to Tribal areas. RSS Chief  Ma. Sarsanghchalakji Shri Mohan ji Bhagwat unveiled a huge ‘Hindu Ahead’ logo & inaugurated ‘Hindu Ahead’ in a large gathering of Hindus in Karnavati’s (Ahmedabad) Kankaria Football Ground in Gujarat. While guiding the large gathering, Param Poojaneey Sarsanghchalak ji Ma. Shri Mohanji Bhagwat said, “We want to see ‘Hindu Ahead’ for Bharat. We want to build such a True, Strong & Good Hindu who is ‘Hindu’ in his behavior also. Hindu is Hindu in his thoughts but not so much in his behavior. Where there is Sattva, there is Strength & there only is Lakshmi! ‘Sattva’ means – Being Hindu in behavior. Your Adhikaaris will guide you in this Hindu Sangam; remember their guidance by heart. Do Ram Naam Jaap also.”

VHP Vishwa Hindu Parishad President Shri Raghav ji Reddy urged all Hindus to stand up for the Hindus all over Bharat. He said, “Bhagyanagar (Hyderabad, Assam, Kashmir, Kerala & almost in all states Hindus are facing attacks from the minority terrorists. Hindus from all walks of life now must stand up against this & Hindu Ahead movement will get all Hindus significant ways to do so. VHP is now surging ahead with a new vision with the traditional commitments like Bhagwan Shreeram Temple at Ayodhya. It now has a bigger role to play in Bharat. All VHPians should now gear up for Hindu Safety & Prosperity.” Explaining the concept & aspects of ‘Hindu Ahead’, VHP International Working President Dr Pravin Togadia said, “In Bharat, that is Hindu Rashtra, Hindus are being attacked, persecuted & targeted by minorities, Govts & so called seculars. Hindus themselves now will stand up through 3 simple steps of ‘Hindu Ahead’. They are, be a Practicing Hindu, be an Aware Hindu & be an Active Hindu. Through this Hindus all over will be able to keep themselves aware of Hindu related issues, make others aware & be an Active Hindu by holding & participating in small group meetings, discussing the current happenings, sharing them with other Hindus through Face Book, Twitter, What’s App as well as by discussing personally with other Hindus & peacefully protesting in their own ways. Even a small drop makes the ocean. Being a Practicing Hindu is simple- Planting & watering Tulsi & other trees; respecting & helping elders daily, feeding cows daily, helping a needy Hindu student & youth etc. These simple steps will take ‘Hindu Ahead’. Hindu Safety & Security are must for achieving & maintaining Prosperity. If Hindus are not safe then any amount of income, property, education, job, business are not secured. Hindu Ahead will also aim at dimensions of Hindu Security such as Food Security, Education & Job Security, Business / Traditional Trades Security; Agricultural Land & Produce Security for farmers’ well-being; Hindu Health Security through Dhanvantari Health Line connecting over 10,000 expert Doctors with the needy Hindus all over Bharat for free. These are only a few glimpses of ‘Hindu Ahead.” Dr Togadia also announced that by Janmashtami of 2015, every village (over 18,000) & every corner of a town / City of Gujarat will have Hindu Rashtra boards with VHP Hindu Ahead volunteers ensuring Safety, Security & Prosperity of Hindus. All over Bharat, Hindu Ahead aims at reaching out to 1,00,000 villages & small habitats. VHP has come a long way in serving Hindus. It is time for all Hindus to stand up for other Hindus hand in hand with Hindu Ahead.” The specially created Hindu Rashtra pledge was given to the large gathering.

VHP Joint General Secretary – All Bharat – Shri Vinayakrao Deshpande ji said, “VHP is a force to reckon with for Hindus & now VHP will reach the remotest villages all over Bharat with the help of millions of its volunteers. With this we will ensure that Hindus have a voice everywhere through VHP.”

VHP Gujarat’s General Secretary Shri Ranchhodbhai Bharwad said, “Hindus should now give Samay Daan for well being of Hindu society. Me, mine, for me type of thinking will not help Hindu society now. Treating all Hindus as own larger family will take Hindu ahead”.

To become a member of ‘Hindu Ahead’ there are booklets & forms to fill up. Any Hindu can become a part of the Hindu Ahead movement by becoming a Practicing Hindu, an Aware Hindu & an Active Hindu – all three or any of these 3 as a beginning. ‘Hindu Ahead’ information is available on the Face Book Page www.facebook.com/HinduAhead and also on www.facebook.com/HinduNewsNetwork .   Those who wish to be members can send in their name, address, contact number, email details in an SMS to 98705 91237 (No calls). Email your information on hinduahead@gmail.com . For more info Hindu Help Line can be contacted on 020-66803300 / 075886 82181. Hindu Ahead T-Shirts, Caps, Headbands, Stickers, Tea-Coffee Mugs, Badges of Practicing Hindu / Aware Hindu / Active Hindu, Hindu Ahead – Hindu Rashtra Pledge Booklets  will be made available on requests on any of the above details. 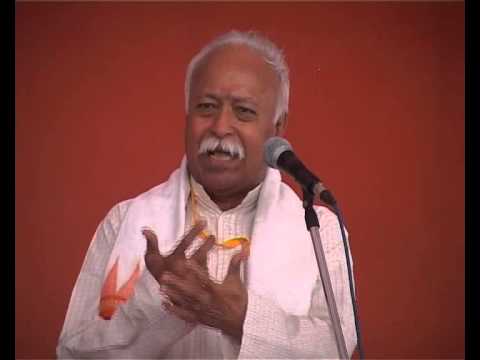