New Delhi, August 9, 2013 After today’s Eid Namaz an armed mob of nearly 20,000  miscreants marched toward Hindus & attacked the, Many Hindus were severely injured & some are critical. While this was happening, a bog mob attacked & burnt shops & housed owned by Hindus. Serious arson, looting & murders went on for long since the morning Namaz. Until afternoon there was no help from the Govt. Then came police but of no use. Many Hindu youth are in hospitals with bullet injuries in arms & abdomen. In the afternoon Govt sent Army there but with no orders to shoot at sight on the killers. The mob went on rampage. Army kept on doing flag march & the info from there is that the 20,000 strong mob even looted army weapons.

VHP International Working President Dr Pravin Togadia said, “VHP demands immediate action on all 20,000 in the mob that attacked minority Hindus there. It also should be found out that who really led such a big mob when there should have been security in the valley after Pakistan’s attacks on the LOC. Such big violence against Hindus continued all day long & how nobody intervened to really protect the Hindus?”

VHP also demands resignation of the J&K Home Minister for his role in the Kishtwad attacks on Hindus. Those who are injured should immediately get adequate compensation. Those whose houses were burnt should be given compensation a the market rate of the house & all materials to rebuild their houses. Hindus whose shops were burnt should be given compensated with the losses of their goods & shop establishment as well as for the loss of probable business.

In 1990 similar violent tactics were followed by the Kashmiri Separatists to kill & chase away Hindus from Kashmir. Now they have come ahead & on the border of Jammu in Kishtwad, Rajauri, such attacks have been taking place. It is the sole responsibility of the state & the Union Govt to protect each Hindu in J&K failing which the Hon. Supreme Court should take suo motto note & order the army to shoot at sight on those who attack Hindus there.

VHP & Hindu Human Rights Commission Team assisted by a retired police officer, an eminent lawyer, other Hindu organizations & a social worker will visit Kishtwad soon as soon as the curfew is lifted. The team should be given all cooperation as Minority Commission is supposed to get. The report will be made public.

(The above report/information is as per National Press Release of VHP on August 09, 2013)

Everyone who lives in India is a Hindu by Nationality: Sitaram Kedilaya at First Year of Yatra 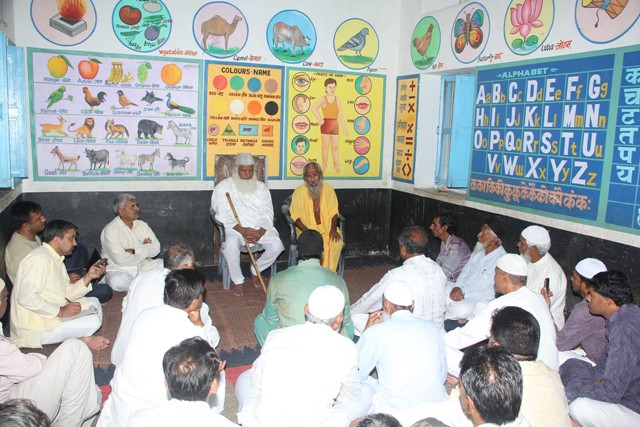