Kerala Aug 29: ‘Balagokulam’, an tinitiative for imbuing patriotic skills and moral concerns among children by Rashtriya Swayamsevak Sangh, today celebrated Sree Krishna Jayanti/ Gokulashtami all across Kerala with all it’s charm and devotion.

Thousands of children, dressed up as Sree Krishna, Gopika and other similar characters from Krishna’s life, were seen on the streets of each and every village and towns. Huge processions of these children, their parents  and other devotees accompanied by beautiful tableaus and  ‘Chendamelam’ (a typical kerala style drum set) were taken out in many places. Dr. Debashish Chattterjee (Director, IIM-Kozhikkode) inaugurated the celebrations in Kozhikkode. Thu Aug 29 , 2013
Kerala Aug 29: It is cannot be called as U-turn. Can be termed as realization. DYFI, the popular 4-letter abbreviation of Democratic Youth Federation of India, a youth outfit of Communist Party, is now went a step ahead and wished ‘Happy Krishnashtami’ breaking its so called ‘secular’ fabric in Keenpuram Village […] 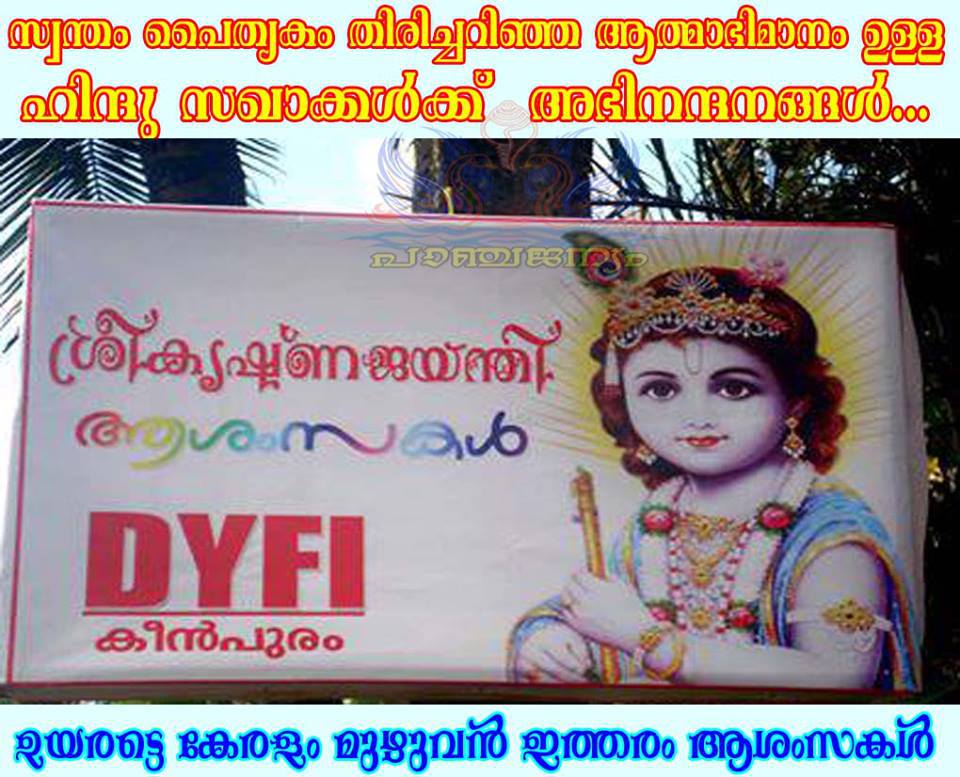