Jammu, August 10: Friday’s riots in Kishtwar were part of the new strategy known as ‘Agitational Terrorism’ being adopted by the Hurriyat Conference and other anti-national forces to accomplish their unfinished nefarious agenda of “ethnic cleansing” of minorities from Muslim dominated areas of Jammu and Kashmir. Friday’s riots- in which one Dalit youth was killed by the rioters and more than 200 shops and business establishments belong to the minority Hindu community were especially targeted looted and torched, were well planned and stage managed under the patronage of Minister of State for Home, Sajjad Ahmed Kitchloo whose supporters executed the plan at ground level.

Even as the State Government was trying to project that Friday violence at Kishtwar was clashes between two communities but those who were reporting from ground zero giving different pictures as it was not clash but an attack on the minority community to force their migration.

The members of the majority community also entered the houses of minority community and torched shops selectively. The looting and arson continued right from Kuleed Chowk to Bus Stand, covering Main Market towards Shaheedi Chowk, Aman Market, Baniya Market and Purana Bazar. Surprisingly, no top police officers and the officials from the administration could be seen anywhere despite the presence of Minister of State for Home and MLA Kishtwar Sajjad Ahmed Kichloo in the town during the clashes. Even when the police personnel fired in air to disperse the mob, given their inadequate strength they failed to control the situation.”, a local news paper “The Kashmir Times”, which is known for its pro-separatist stand, reported while quoting  eye-witnesses.

According to eye-witnesses trouble started when a  group of youth, who were heading towards Eidgah Maidan, were resorted to shouting anti-India and pro-Pakistan slogans near Char Chinar Chowk. Within no time these youth, who were also carrying Pakistani flags with them, resorted to attacking members of minority community. “As everything was already planned, a number of groups spread in the Kishtwar town and resorted to attacking Hindu, their business establishments and houses”, eye witnesses said and added that some the youth were carrying fire arms with them and they started firing on members of the minority community. Stunned by the attack on majority community, members of Hindu minority community rushed towards safer places because forces deployed in the town were watching entire scene as mute spectators.

Fear psychosis prevailed among the minorities, which could be well gauged from the fact that the injured civilians of the community were not admitted in the District Hospital, which was located in the area dominated by majority community and were instead taken to Army camps. Four of them were sent to Military Hospital, Udhampur in critical condition.

Army staged a flag march in all disturbed areas including Kishtwar town at 7.40 pm resulting into restoration of normalcy but tension prevailed among the minorities, who were frightened following large scale violence unleashed against them by the majority community in the morning leading to massive damage to their property including shops and vehicles.

Surprisingly, the free for all situation in Kishtwar continued even when Minister of State for Home Sajjad Ahmad Kitchloo, who happened to be local MLA of Kishtwar, was present in the town. Locals said the miscreants armed with guns, lathis and patrol bottles moved freely in the town and outskirts torching shops, vehicles and looting property without any check by the police, which acted as mute spectators as they reportedly had been directed not to fire at the mob, sources said.

Though the Army had moved in at around 12 noon in the day, they eventually took charge of the situation around 7.40 after Chief Minister Omar Abdullah spoke to Defence Minister A K Antony at about 5 pm.

The urchins fired at the houses of minorities or those rushing for safety killing one of them on spot, who has been identified as Arvind Kumar Bhagat, 28, son of Des Raj Bhagat R/o Sangram Bhatta and injuring several others, four of  them with deep bullet wounds. The injured with gun shots were identified as Sunil Kumar, 27, Rinku, 18, both residents of Cheerji, Anju Singh, 30 R/o Kuleed and Sandeep Kumar, 15, R/o Dachan.

They were airlifted from Kishtwar to Batote and then shifted in Army Hospital, Udhampur as authorities feared that their admission in the Government Medical College, Jammu would flare up communal trouble.

Background of the attack

Actually for the last couple of months, some Over Ground Workers (OGWs) of terrorists have launched a campaign to terrorize minority to force their migration. Even at the time when terrorism was on its peak, terrorists failed to force migration of minorities due to valiant role played by the Village Defence Committees (VDCs) so these OGWs started vicious campaign to get VDCs disband so to accomplish their evil designs. During the last one month, houses of minority community were especially targeted during nights by unidentified masked men in the entire erstwhile Doda district. Implication of daring police officer Shiv Kumar Sharma alias Sonu in fabricated cases was also part of the conspiracy to terrorize minority because Sonu is symbol of anti-terrorist forces in erstwhile Doda district. During the holy month of Ramzan, some members of the Muslim community intensified the campaign to terrorize Hindus. Posters of Parliament attacker Afzal Guru and other terrorists were repeatedly appearing at vital locations but authorities deliberately ignored all such things due to directions from higher level. Even two days before Eid, a delegation of BJP leader from Kishtwar and Doda called on Inspector General of Police (IGP) Jammu zone Rajesh Kumar and briefed him of situation arising out due to activities of some pro-terrorist elements but IGP failed to take any prevent step.

As elections of the Jammu and Kashmir Legislative Assembly are scheduled to be held in the year 2014, Minister of State for Home Sajjad Ahmed Kitchloo wants to communalize the situation, rather terrorize the minority, to reap political benefit because he, through his muscle power, has ability to execute rigging in minority dominated areas, as the same was done in the 2008 assembly elections. For the last three days, Mr Kitchloo was camping at Kishtwar and riots took place in his presence.

“Surprisingly, despite large scale violence in Kishtwar for almost the full day leading to two fatal casualties, injuries to several others and huge loss of private property, the State Government, Police Department or even the district administration of Kishtwar didn’t issue even a single line press note on the situation despite the fact that senior officers of civil and police administration apart from the Minister of State for Home were camping there”, a reputed news paper of Jammu and Kashmir “Daily Excelsior” reported.

Sources said that Kitchloo had given strict directions to the forces not to use force against rioters.

“The complete inaction on part of police administration  forced minorities living in majority community dominated areas to flee from their houses and take shelter in some safer areas as rampaging mob moved freely carrying weapons and lathis in their hands and targeting shops and business establishments.”, the news paper reported.

One thought on “Kishtwar attack is an “Agitational Terrorism” being adopted by the Hurriyat Conference: An Analysis” 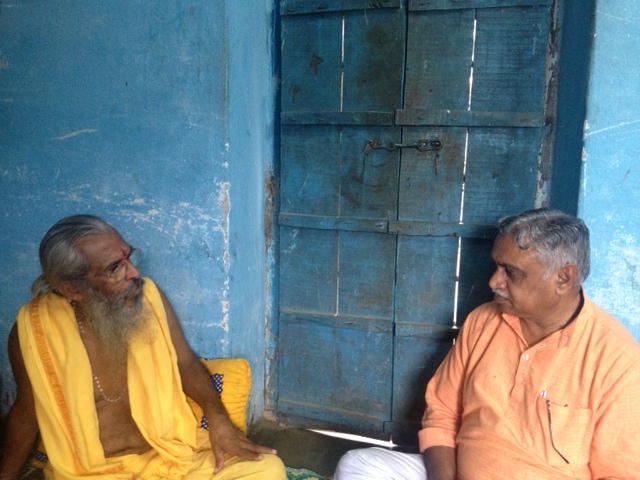