Prayag, February 11, 2013: On the tragic stampede at Prayag railway station that killed around 36 devotees & injured many, VHP International Working President Dr Pravin Togadia has expressed grief & said, “Devotees who lost their lives & limbs for no fault of theirs were Hindu. They came to Mahakumbh from almost all states of Bharat & from all walks of lives. It was the responsibility of both Central & the State Govts to care for them in every aspect. State Govt has advertised Prayag Mahakumbh in every state. Posters are stuck even on buses & hoardings in many towns all over Bharat with the target of tourism revenue. Nothing wrong in it but then there is a responsibility too. Not only because it is advertised but it is a religious right of Hindus. Now there is a stampede, both Govts blaming each other & jointly both Govts say – Because of large crowds the mishap happened. Blaming Hindus for everything has become the easiest way out for all now.

RSS, VHP, Bajrang Dal, Durga Vahini, Hindu Help Line & many Sadhu-Saints’ systems rushed to help the injured. Admin was not very cooperating even allowing the groups to help. Stretchers were limited, medical teams were not there & there was total chaos. Blame game will go on. At every such incident, there is a chaos & aftermath there is a blame game. Instead, we all should come out with concrete solutions & systems to handle such large socio-religious gatherings proactively.  RSS, VHP, Bajrang Dal, Hindu Help Line, many Sadhu-Saints are used to organizing large gatherings of people coming in from various states & from various social – economic classes. Govts should take help from all such groups rather than ostracizing them terming them ‘Hindu Terrorists’. There are experts in Disaster Management, Crowd Management, Traffic Management, Health services management etc. It is skill & matter of expertise how not to let a large crowd being static at one place for a long time without disturbing the religious activities or without causing commotion. We all have been handling it for long now. Many Para-military agencies have expertise of a disciplined event management. Millions of people attend many Saints discourses at a time. It is time that Govts heed to the advice & actual help from organizations like ours rather than trying to divide & rule. And then fail.

Here are specific actions that will help all manage such large socio-religious gatherings: 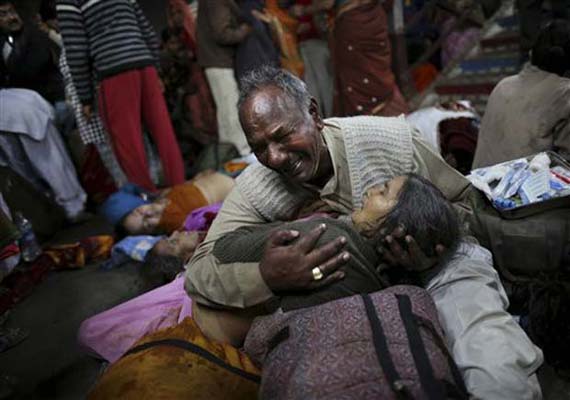