This is announced by election officer Prof. Narendra Singh Raina at ABVP Central office, Mumbai. The term of both the newly elected office bearers will be for one year. They will take charge of their responsibilities in National Council of ABVP scheduled to begin from 30th Nov., 2013 at Kashi (UP).

Prof. P. Murali Manohar M.A.(English), M.Ed. is working as a Lecturer in Govt. degree college Jadcherla, dist- Mahboobnagar, Andhra Pradesh. He is an ABVP activist since 1979. He is also known for deep study on social harmony. Andhra Pradesh State govt has given him Best Teacher Award in 2007. In 1987 the hunger problem of Palamur, he lead a “hunger yatra” for awakening and in 1992- 95 he also successfully lead a mass movement under ‘Praja sangharshan samiti’ for water problems of Palamur. Till the date he held various responsibilities of ABVP as city secretary, vibhag pramukh, state vice president, state president- Andhra Pradesh and so on. From 2002 to 2008 he was a National Vice President. Now he is re-elected for National President for this session.

Shri Shrihari Borikar is basically from Nagpur (Vidarbha region of Maharashtra) and active since 1990 from his student days. He has been very active in various student agitations while continuing his studies. He did B.Com & D.B.M. from Nagpur. Shrihari has played an important role in vidarbha taking ABVP & student movement at its rise, while he was state organizing secretary of ABVP. To consolidate patriotic feeling among student especially in border and sensitive areas like Jammu & Kashmir (J&K), he spend more then 6 years in J&K as a organizing secretary. He fought for the employment & educational rights for student against biased attitude of J&K government. He made sure the strong & active participation of students in Amaranth agitation against wrong full decision. Now since last few years he as a National Secretary & Zonal Organising Secretary for Whole North-East (NE) working in far flung areas. He has deep study on Bangladeshi infiltration issue. Shrihari visited victim & affected area of Bodo & nearby when they were under violence to help & serve them. Same time he insured the help for thousand of NE students in different parts of country when threatened by communal forces. Now he is elected for National GeneralSecretary for this season.

Mon Nov 25 , 2013
Mumbai Nov 25:  The ‘Yuva Puraskar 2013 Selection Committee’ has decided to select the nomination of Narayanan Krishnan (Akshaya Trust- Madurai, Tamilnadu) for reputed ‘Prof. Yashwantrao Kelkar Yuva Puraskar 2013’. This selection has been made to recognize his remarkable work in “helping the helpless, homeless, sick, mentally ill and destitute by providing healthy […] 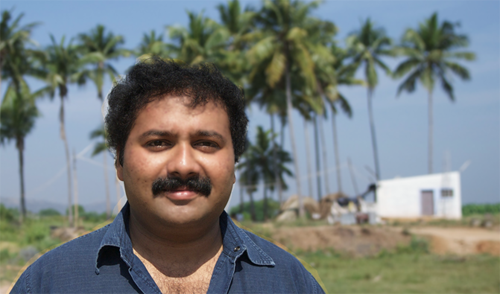