After a nation-wide protest, which also sounded in Parliament, VHP Veteran Ashok Singhal, Dr Togadia was released from Police arrest today evening. However UP Govt has not lifted the ban on AYODHYA Parikrama Yatra of VHP. Allahabad High Court on Monday ordered the release of all the arrested Vishwa Hindu Parishad (VHP) leaders. Hundred of VHP supporters along with leaders like Praveen Togadia and Ashok Singhal were arrested in a massive crackdown by the Uttar Pradesh government.

Speaking at the protest swami Raghavanand, Mahant Surendra Nath Avadhoot & Mahant Naval Kishor Dass  raised questions whether Hindus has to ask politicians before conducting any religious yatra or performing rituals? Are they do not have any fundamental rights of religious freedom? They all criticized the way UP Govt Cracks down the Yatra & arrested Sants & Hindu Leaders.

The Int’s Vice President shri Om Prakash Singhal, central secretary Dharm Narayan Sharma, state president Swadeshpal Gupta, Gen. Sec. Satyendra Mohan and many others addressed the gathering. A memorandum was also given to the president of Bharat seeking his immediate intervention in the matter to restore fundamental rights of religious Yatra by Hindus and help constructing a glorious temple of lord Ram on his place of birth.

Addressing the protestors, VHP president M B Puranik said that “’Parikrama Yatre’, a devotional and peaceful trip to Ayodhya has been carried out every year by the activists of VHP, BD and thousands of other Ram devotees, under the guidance of various Swamijis and religious leaders. This trip has been carried out in various batches divided under the district wise committee.”

The Allahabad High Court has also agreed with regards to the existence of Ram Mandir at Ayodhya. After the destruction of Babri Masjid in 1992 which led to communal disharmony, the court had permitted to construct a Ram Mandir at the venue.

“But the UP and the Central Government has been purposely delaying the proposal of construction of the Mandir, with a view to create favor with the muslims and the minorities. On August 25, top VHP leaders Ashok Singhal, Pravin Thogadiya, along with other Swamijis and religious leaders have been stopped from carrying out this Parikrama Yatra and have been arrested.

“With a view to condemn this act of the UP and Central Government, the activists of VHP and BD are carrying out a nation-wide protest. If this act continues, there is no doubt of a fatal eruption of communal disharmony similar to that caused in 1992,” he warned.

Devaluation of rupee is because our country is copying Foreign Economic Policy: Bhagwat

Mon Aug 26 , 2013
INDORE Aug 25: Criticizing the Union government’s economic policy,Rashtriya Swayamsevak Sangh (RSS) chief Mohan Bhagwat said that the devaluation of the rupee is because our country is copying foreign economic policy. Mohan Bhagwat, RSS Sarasanghachalak was in the city on Saturday to attend a national convention of Laghu Udhyog Bharti. He said that India […] 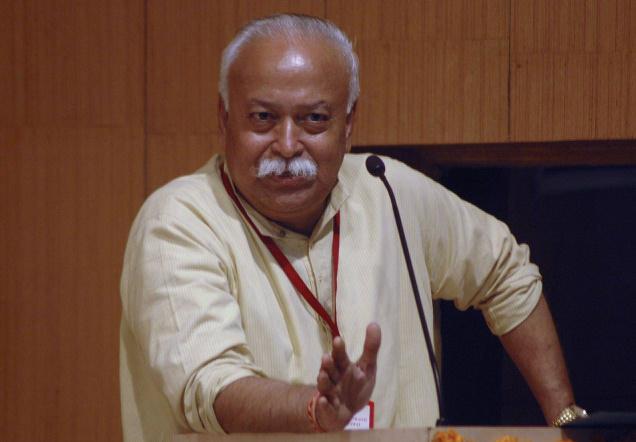