Bangalore July 28: ‘A nation which is powerful by all means will experience peace, where as a weak nation may have to face violence, invasions and crisis. India should become powerful nation to maintain peace within’ said RSS to functionary Indresh Kumar in Bangalore on Sunday.

Indresh Kumar was addressing a select audience in a workshop on ‘National Security’ organised by FINS, Forum for Integrated National Security’s Karnataka Chapter at ‘Yadavasmruti’ Conference Hall of Sheshadripuram, Bangalore.

‘An awakened society will not be defeated or insulted by anybody. Hence the individuals of the society should be alert on social concerns. Internal Security or Border Security is not just a matter for the Army soldiers. Every citizen should be bothered about national security’ said Indresh Kumar.

‘Peace is not a commodity to purchase. It is a state of social life, to be achieved. A powerful society or nation will maintain it’, he added.

‘Indian soldiers have a high fighting spirit than any army in the world. Our political leadership should understand this. A King being in power cannot be just a ‘Dharmatma’ by a mere concept at every scenario. When evil spirits raise against the nation, the King always should use the same Dharma to eradicate permanently the evil forces’ said Indresh Kumar. 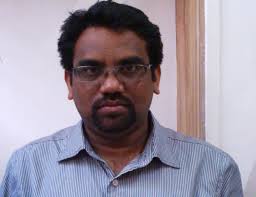