The Akhil Bharatiya Karyakari Mandal expresses grave concern over the growing radicalization of Jehadi forces especially in the Southern states of Bharat.  Although separatist and secessionist activities exist all over Bharat, its  menacing portents in recent times especially in Southern Bharat in terms of their penetration among Muslim youth; terror training and export modules; attacks on Hindu activists; and active connivance with anti national Maoists and international Jehadi elements pose an unprecedented challenge to the national security.  The lackadaisical attitude of successive state governments turning a blind eye to these nefarious forces has become more worrying factor to all patriotic minds.

The emergence of ‘Popular Front of India’ (PFI) and its front organizations in Kerala consequent to the ban on SIMI should be seen in this context. It’s formation as a coordinated effort between organizations like ‘Karnataka for Dignity'(KFD) , ‘Manitha Neethi Pasarai'( MNP ) in Tamilnadu and ‘Natioanal Development Front’ ( NDF ) in Kerala , under the purported aim of ‘promotion of democracy and social justice’ is nothing but a camouflage to perpetuate hard-line ideologies.  Large scale brainwashing and weapon’s training of Muslim youth; export of such terror elements in other parts of Bharat as revealed by recent designated NIA court’s verdict in the ‘Kashmir recruitment case’; the penetration in Police and govt machinery; admission by Kerala Government to the state High Court about the links with Hizb ul Mujahideen, Lashkar- e Tyaba and Al-Qaida clearly reveal the real face and agenda of these outfits. Their attempts to develop a political face with a pan Indian presence should be nipped in bud.

These radical forces are turning Kerala into a hotbed of anti social and anti national activities. While the Northern Kerala is becoming safe hideout and training ground for terror elements, the coastal and other areas of strategic importance are witnessing mass purchases of lands by these elements at an exorbitant price supported by rackets of counterfeit currency and gold smuggling. Planned allurement of Hindu boys and girls, rampant distribution of hate literature proclaiming Jehad, poisonous propaganda through certain media elements and disproportionate growth of Muslim population especially in North Kerala are putting the state on a ticking time bomb. The blatant support from political elements as evident from the presence of political leaders including Ministers in the family function of Abdul Naseer Madani, a notorious criminal accused in many terrorist acts including 1998 Coimbatore bomb blast case; refusal by Kerala government to hand over Marad massacre investigation to CBI etc., have emboldened these forces to such an extent as to hatch plans to assassinate nationalist Hindu leaders in Kerala.  The present U.D.F. government in Kerala remains a mute spectator to all such anti-national activities.

These tentacles of terror have engulfed the adjoining states of Tamilnadu and Karnataka too.  In Tamilnadu, attacks on Hindu activists and their offices, vandalizing of Hindu festivals, violent demonstration on American Consulate, recent gruesome killings of state level functionaries of Hindu Munnani and BJP and armed encounter with the Police at Puttur in Andhra Pradesh, are the testimonies of their increasing grip over the State. Unfortunately, they are being completely overlooked as a result of the competitive minority appeasement by both the ruling and opposition political parties of the state.  Areas of coastal Karnataka like Bhatkal town have become a storehouse of weapons, bomb training and terror export. These forces are planning to target Hindu religious places like Tirupati, Madurai, Shabarimalai in many parts of Southern Bharat.

The ABKM demands that the Union and the concerned state governments undertake extensive investigation by the Central agencies about the nature of clandestine activities of these radical groups, their links and source of funding both within and outside the country and take firm measures including a ban on organization like PFI, to put an end to these forces. It also appeals to all patriotic forces including media to be vigilant about such elements and prevail upon the political parties and governments to act firmly against these antinational activities. 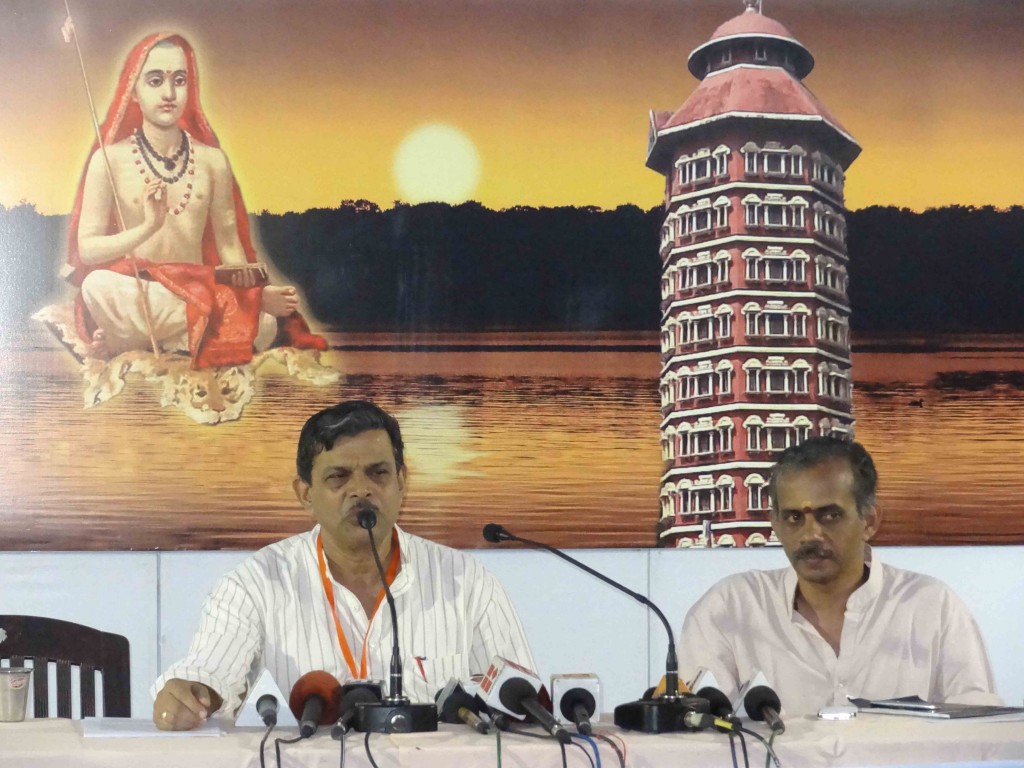