Jaipur 17th March: Sarkaryawah Shri Bhaiyyaji  Joshi told the reporters that Akhil Bhartiya Pratinidhi Sabha expresses serious concern over the recent activities such as conditions of Hindus in neighboring countries, plight of women in the country, influx of Muslims, cruelty of Pakistan in the bordering areas of Bharat etc.

ABPS condemns the recent attacks on Hindus including Bhuddists in Bangladesh at their places of worship by the fundamentalists groups like notoriously anti-Hindu and anti-Bharat Jamaat-e-Islami Bangladesh etc. This has become a phenomenon in Bangladesh for last several decades. The Hindus and other minorities have been facing the brunt of Islamic fury for no fault of theirs time and again.

The persecution and helplessness is forcing thousands to flee for their lives and dignity into Bharat. Such Bangladeshi Hindus and Chakmas have been staying in West Bengal and Assam as refugees for decades on and newer ones are joining them every time there is fresh violence in Bangladesh.

He told that at present Bharat is facing some crucial challenges which should to be tackled with as early as possible. 60 years after the partition of Bharat, from both East (Bangaladesh) and West Pakistan, even now lakhs of Hindus are taking asylum in the country because of worsening conditions of Hindus in the respective countries and are living a very constrained life.

ABPS insists that it is the responsibility of the Government of Bharat to challenge Pakistan and Bangladesh on the issue of violation of Nehru-Liaquat pact of 1950 which expressly states that minorities on both the side would be accorded full protection and citizenship rights. Disappearance of millions of Hindus cant’ be simply brushed aside by invoking sovereignty principle.

These two countries need to be questioned on the continuous influx of Hindu into Bharat. While not a single member of the so-called minority community has ever gone over to these countries. The Hindu population of East and West Pakistan at the time of partition was 28% and 11% respectively whereas Muslim population of what became truncated Bharat was 8%. Today while the Muslim population in Bharat has risen to 14% the Hindu population in Bangladesh has come down to less than 10% and in Pakistan to less than 2%.

We demand that the Government should take steps to ensure they get basic necessities to lead a good and decent life. Government should draft a National Refugee Relief and Rehabilitation Policy ensuring dignified living conditions for all Hindu refugee from these two countries pending their return with safety and honour to their respective countries.

Compensation should be demanded in

appropriate form from Bangladesh and Pakistan for the Hindus displaced from their respective countries. Government should also demand international institutes like UNHRC, UNHCR etc to play a role in ensuring safety and honour of the Hindus and other minorities in the countries.

Talking about the conditions of women in Bharat, Bhaiyyaji told the reports that the plight of a woman in Bharat at present is a very serious issue and corrective steps need to be taken on an urgent basis. He also told that the reduction of age for consensual sex to 16 has been a major disappointment. 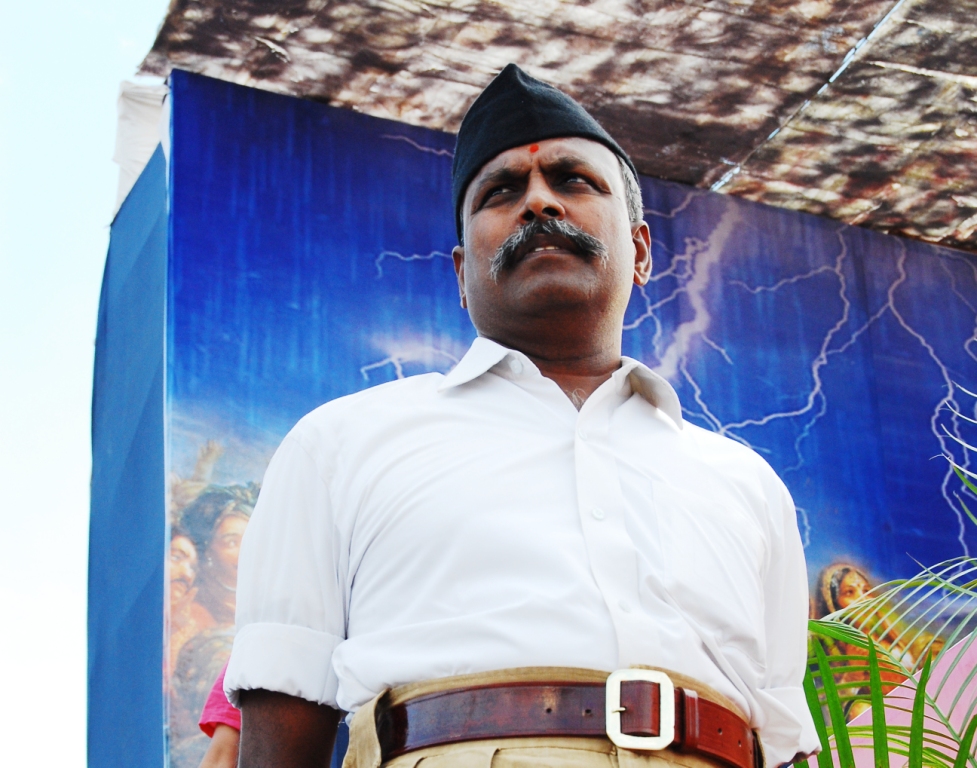