“We condemn the Home Secretary Statement on RSS this evening  “, said Ram Madhav.

“We take strong objection to the statement of Union Home Secretary. His haste in rushing to the defense of his political masters is inexplicable. The debate going on in the country was about a statement made in a Party conclave. Why should the Home Secretary respond to it?” questioned Ram Madhav.

Home Secretary was reported to have said: “We have names of at least 10 persons involved in Samjhauta Express, Mecca Masjid and Dargah Sharif blasts who were associated with RSS.”

‘RSS will deny Home Secretary’s statement and have several objections to it’ said Ram Madhav.

1. How can he declare that those, who are merely the ‘accused’ in these cases, can be conclusively said to be involved? In that case every accused, whether it was a Minister or a politician, be deemed as a culprit?
2. He has deliberately hidden the fact that there were accusations, but the investigations are still inconclusive and the NIA, after 3 years, doesn’t seem to have any clue or evidence against the accused.
3. He is also hiding the fact that there were many other ‘involved’ people who were arrested and charge sheeted in all these cases before some Hindu youths were implicated without any evidence. He is also hiding the fact that even the US and UN Security Council had held certain Pakistanis as the accused in Samjhauta blast.
4. We strongly deny his statement that all those ‘involved’ in these blasts (according to him) were associated with the RSS. It is clearly defamatory.

“We make the counter accusation that the Home Secretary had crossed his brief and attempted to influence the investigation into these cases through this statement on a matter which is subjudice. We will call for a legal remedy to his defamatory and extra-legal statement.” Ram Madhav added.

“We also demand that the Home Secretary release the names of all those ‘involved’ in all the blasts in the country in the last several years. If he can do this in five cases why not in fifty?” questioned Ram Madhav. 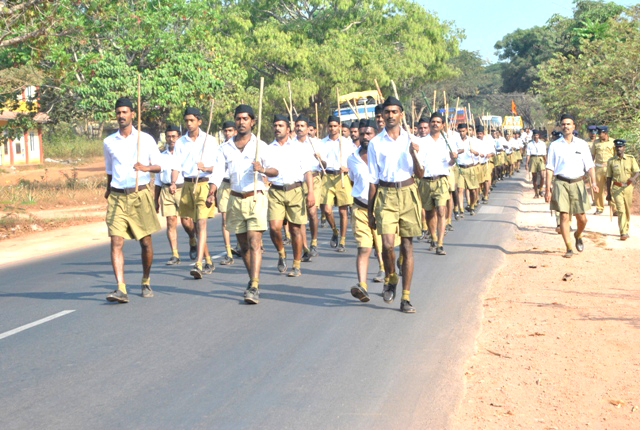