Kochi Nov 2: Senior RSS Ideologue and Director of the RSS Think Tank of Kerala ‘Bharatiya Vichara Kendram’, P Parameshwaran demanded to prosecute all powers forces and persons behind the conspiracy against Kanchi seer and to award exemplary punishment to them.

‘Kanchi Sankaracharya Sri Jayendra  Saraswathi and all those charged with conspiracy and murder cases have been acquitted by the Judiciary. That is a huge relief, not only for the Mutt and its devotees, but for the entire Hindu society. But that is only one part’ said P Parameshwaran.

‘The whole case that lingered about for more than nine years was a  period of intense agony for millions of people who were devoted to the Mutt and its unblemished traditions set up by some of the most eminent spiritual personalities history has ever seen, he added.

‘Who are really responsible for hatching a plot against a highly venerated Hindu sage and centuries old Sankara Mutt in Kanchi and  what were their motives? This matter has to be probed into. Who ever be the persons behind and however powerful and highly placed they are, they need to be prosecuted and awarded exemplary punishment so that nobody in future will dare to bring such allegations and defame Hindu spiritual institutions and revered Acharyas. Otherwise a cruel injustice in history will go unremedied’ said P. Parameswaran 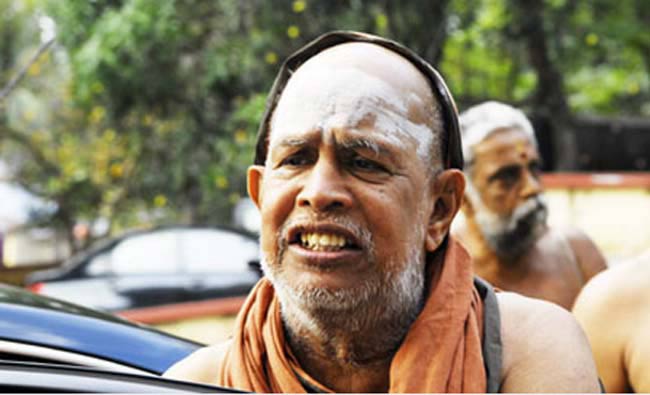