Addressing the valedictory, Rashtriya Swayamsevak Sangh (RSS) Sarsanghchalak Dr Mohan Bhagwat, made a strong case for restoring Dharma that is value system that holds society together to put the fast declining social, political and economic situation back on rails once again.

RSS Chief Bhagwat was addressing the concluding function of the Third Year RSS Sangh Shiksha Varg at Nagpur wherein 612 select swayamsevaks from all over the country participated at Reshimbag grounds. Sri Sri Sri Nirmalanandnath Mahaswami, head priest of AdiChunchungiri Mutt, Karnataka, was the chief guest while scion of Baroda Maharaja Samarjit Sing Gaekwad graced the occasion with his special presence. Sarvadhikari of the camp Sri Pawan Jindal and Nagpur Mahanagar Sanghchalak Dr Dilip Gupta were also present on the dais.

The RSS Chief reiterated that the rulers were bound to uphold the Dharma (Value system) and defend Desh (country) as their duty. There could be no compromise with this in any situation. Explaining that the concept of Dharma as envisaged by Indian thinkers was not just confined to religions or ways of worship. “We had in our country a number of religions. They were not in conformity with each other; even at times were opposed to each other. But they all had the same definition of Dharma because it was related to holding the society together. Today there is a need to introduce this ‘Samajdharma’ in educational curricula so that the eternal values that held the society together could be re-established”, the RSS Chief said.
This Dharma which was known as ‘Sanatan Dharma’ or ‘Hindu Dharma’ was the essence of our society. We must plan our behavior and life in accordance with this Dharma. We must protect it at any cost, Dr Bhagwat appealed fervently to the swayamsevaks and masses. Varg Karyavah, (Deputy chief of the camp) Sri Vithal Rao Kamble from Navi Mumbai, however, denied that attendance had shrunk. “Departing from earlier norms, this year only those with three-four years’ of Sangh experience, and especially those carrying out some responsible work, have been chosen. These participants are in the age group of 18 to 40. A separate camp is conducted for higher age groups in November,” Kamble told reporters at Reshimbagh’s Smruti Mandir complex. Sri Pawan Kumar Jindal, a businessman and RSS functionary from Haryana, is the Varg Sarvadhikari overall in-charge of the camp.

Earlier on May 13th, the Sangh Shiksha Varg was inaugurated by lighting the traditional lamp by Dr Krishna Gopal, Sah-Sarkaryawah of RSS, Pawan Jindal, Sarvadhikari of the camp, Vitthal Kamble, Karyawah and K C Kannan. Dr Krishna Gopal introduced the various adhikaris of the camp. 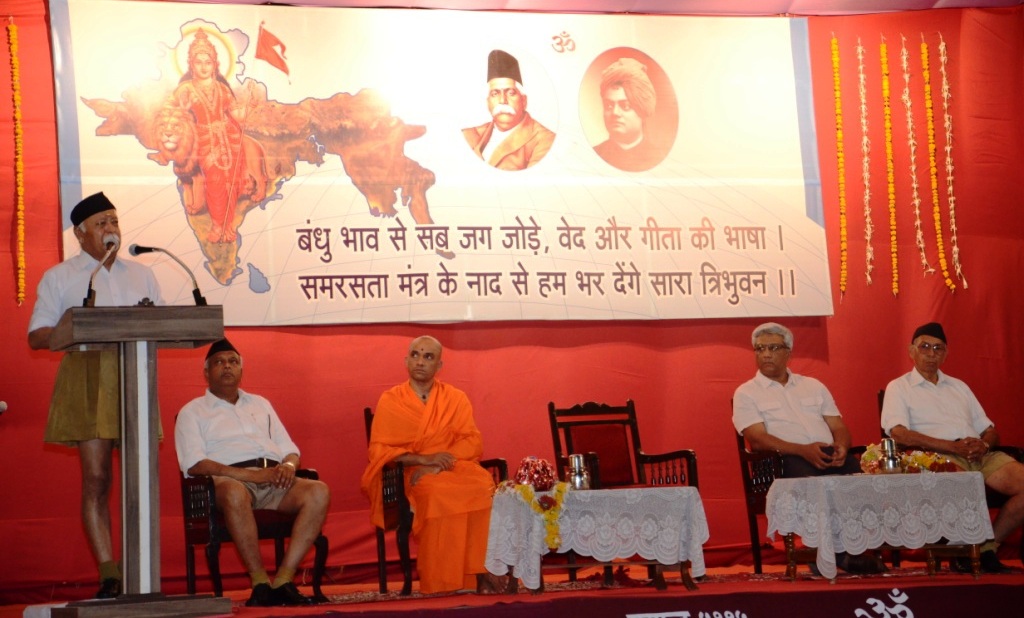