Rameshji, a practicing Chartered Accountant and served as Jilla Karyavah of RSS in 1987 to 1992., was an ardent Swayamsevak. He contested unsuccessfully for the post of Mayor for Salem City Municipal Corporation in September 2011.

The 52-year-old Ramesh alias Auditor Ramesh was attacked with sharp-edged weapons and he died on the spot. Last month Hindu Munnani State Secretary Vellaiyappan was Murdered by anti-national elements. BJP state medical wing secretary Dr V Aravind was killed in front of his clinic in Vellore by a gang in October, 2012. Now Rameshji, another victim for Jihadis.

Ramesh was the 16th Socio-Political Hindu leader who has been brutally murdered by terrorists, in the last 18 months in Tamil Nadu alone!

RSS Sah-sarakaryavah Dattatreya Hosabale expressed shock and severely condemned the act by anti-national elements on patriotic social workers. In his statement, Dattatreya Hosabale said “Shocking and Deeply painful is the news that Shri Rameshji of Salem, BJP Tamilnadu State General Secretary has been killed last night. This is a dastardly act of Jihadi terrorists which I severely condemn. In recent days such murders are increasing in Tamilnadu. Its high time terrorism is put to an end with Iron hand. Rameshji, a practicing Chartered accountant and RSS former Jilla Karyavah, was an ardent Swayamsevak, an active Public Worker, a friendly man helping all good works. My deep condolences to his brother Sri Seshadri, an ABVP functionary, and all family members’.

BJP Call for a State wise Protest Condemn Such Act of Killings. Today(20-07-2013) Evening 4.00PM in Chennai At Valluvar Kottam a protest demo has been called for. at in Large Gatherings

Sat Jul 20 , 2013
PATNA July-20: The three-day tour of RSS Sarasanghachalak Mohan Bhagwat to Bihar beginning Saturday. According to state RSS publicity chief Rajeshji, RSS Sarasanghachalak Bhagwat would dedicate Shishu Mandir school building for use at Gaya on Saturday and follow it up with his ‘Bauddhik’ (intellectual) discourse’ at Shri Krishna Memorial Hall’ in Patna […] 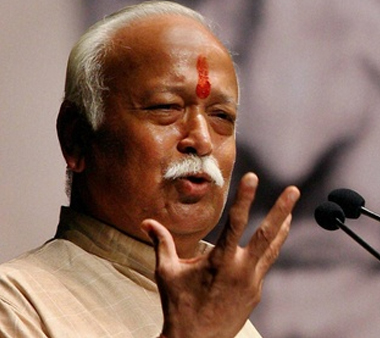