The event was organized to facilitate a discussion with those achievers who swam against the tide and charted their own paths. The achievers who were invited for the event were:

Dr. Harish Hande, the chief speaker on the occasion, inaugurated the event in a special way by writing a few thoughtful words beside Swami Vivekananda’s beautiful sketch on the stage. The achievers were then welcomed on the stage by presenting a rose and a gift was presented to each of them as a token of respect.

The event started with beautiful rendition of ‘Chagiya Haadu’ by Umakanth Puranik and troupe. ‘Chagiya Haadu’ are songs originally composed by Swami Vivekananda and translated into Kannada by  Kuvempu. These songs aim to instill a sense of patriotism, love for motherland, concern for fellow beings in the words of Swami himself. The performance received a huge applause from the audience, which was spell bound throughout the rendition.

Delivering the keynote address next, Dr. Harish Hande made the audience aware that all of us are equally responsible for the ills in our society and blaming the government or the authorities for everything will not help. He also gave an overview of how his initiative of providing solar powered lighting in villages transformed the lives of thousands and this happened without the intervention of the government. He made the audience aware that we need to work towards those objectives that we think will bring changes in lives of people around us.

This was ensued by a lively discussion between the achievers on stage and the audience, moderated by Diwakar Hegde, who is with Akashavani, Dharwad.

To a question on what inspired them to take up their respective projects, Shri. Vaudevrao Deshpande of ‘Parishudh’ said that when he travelled across hundreds of villages near his hometown Hubli, he found that people there did not have proper toilets which resulted in diseases and unhealthy living conditions. It was then that he took up this project to build toilets for houses in such villages albeit at a very low cost. This project has been a success with more about 11,200 such toilets being constructed in hundreds of villages across the state.

A very pertinent question on people’s participation in social initiates was answered eloquently by Shri. Murali HR. He said that though all are aware that traffic congestion is a huge problem in cities by Bengaluru, very few are ready to do anything concrete about it. He elaborated that it was his concern for this issue, worry about environment pollution and love for cycling that drove him to popularizing cycling among the city dwellers. Answering another question on his project for dedicated cycling lanes in cities, he said that though the civic authorities were not favorable to the idea, he was successful in making them understand the benefits of having separate lines and promoting cycling among the populace. He said we need to ‘walk the talk’ in finding solutions to problems and informed the audience that he had in-fact come cycling to the very venue. This resulted in a well deserved applause from the audience.

Dr. Pradeep CR said that students also need to be taught things that are out of the text books which will enable them to explore the world on their own. He was answering to a question on making today’s students more responsible in addressing social issues and charting their own path.

To another question on instilling scientific temper among students, Smt. Geeta Aravind said that unless the subjects are made interesting to the students they would find it monotonous and uninspiring. She said this is what her ‘Anubhava Science Foundation’ aims to achieve. She further said providing children an opportunity to relate the science they learn in classrooms to science they experience in everyday life is a challenge they have taken up.

Answering a question on managing people and resources, Shri.Rajesh Takkar said that people are the assets which we need to utilize judiciously to bring about change in society. He quoted his own experience with projects of his ‘Bhoomi College’, where people who are initially reluctant to accept and implement his ideas on low cost construction and solar lighting, once educated with the right perspective were not only receptive but have implemented his ideas with full vigor. He stated that without people’s participation sustainable living and cost effective construction for everyone will not be possible.

Venkatesh Murthy of YFS said that its our duty to instill the fervor of social responsibility among todays youth. He was answering a question on how can we get today’s youth who seem to be wayward in responding to society’s problems. He said that it is the very same youths who make up the 4000+ strong volunteer base of the YFS. The youth force needs to be channelized in the right direction to work for the society and the best way is to engage them in Seva, he said. He stressed that the dichotomy in today’s lives where a youth is ready to serve at an old-age home but their own parents are neglected and admitted to another old-age home has to be resolved by making them aware of their roles and responsibilities. Shri. Venkatesh Murthy recalled his experience of building the YFS volunteer base by engaging the youth in Seva activities like teaching deprived kids at slums, conducting health camps, raising funds for Vanavasi kids and many other activities.

Dr. Harish GB, author and commentator, spoke after the musical event and recounted as how Swami vivekananda was a universal man whose ideas had captivated people all across the nation irrespective of language and regional barriers. He quoted Kannada authors like Govinda Pai and Gopalkrishna Adiga who had carried Swami Vivekananda’s message in their poems and writings which in turn enthused hundreds to dedicate their lives for the freedom of the country. He said that getting inspired and working on the ideals set by Swami Vivekananda, as done by the achievers who were present today, is the true way to show our respect to him.

Famous Kannada author, writer and poet, Shri. H S Venkateshmurthy delivered the valedictory speech. In his speech, he reiterated the importance of mother tongue and role of parents and guardians in instilling a sense of pride about Kannada in children. He said that the ideas conveyed to young minds in mother tongue will stay with them for life and hence requested parents to converse with their wards in Kannada only. He thanked the organizers of the event for having given a stage for common people to interact with the achievers and get inspired by their work. He concluded his address by stressing the fact that it is each one’s responsibility to work for the society and thereby remove its ills.

All the musicians and each member of their troupe who performed at the event were presented with a token of gratitude. The presentation was done by Shri. H S Venkateshmurthy and Dr. Harish GB.

Rakesh Shetty, blogger and administrator of ‘Nilume’ blog delivered the vote of thanks. The entire event was hosted by Smt. Poornima Hegde. One thought on “Inaugurated by Dr Harish Hande, Seminar on ‘The New Age Contradictions’ Held in Bangalore”

Mon Sep 2 , 2013
New Delhi Sept-1: Calling for introspection on the “neglect” of the Northeast region, Rashtriya Swayamsevak Sangh (RSS) chief Mohan Bhagwat today said the nation knows that the region exists, but fails to realise that it’s a part of the country. “The problem exists within us. We know that Northeast exists, […] 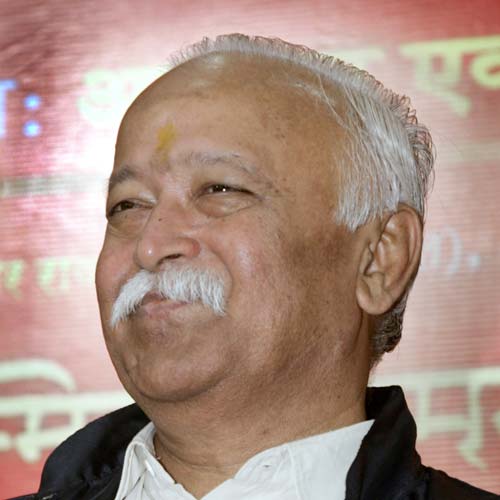