Bantwal, near Mangalore Nov-22: Swayamsevaks of Rashtreeya Swayamsevak Sangh working in different Sanghparivar organisations of Balthila Village  in Bantwal taluk near Mangalore dedicated a newly constructed house to the family of Soumya who was murdered after a rape by anti-social elements on February 23, 2013.

Soumya was raped and murdered on 23rd February 2013. She hails from too poorHindu  family which was needed immediate socio-economic help. RSS Swayamsevaks immediately joined their hands to help the poor family of Soumya. Beyond economic help, in the name of Soumya’s mother and 3 other sisters a fixed deposit of Rs 25,000 each was despoisted in bank. Sri Rama Vidya Kendra, one of noted Educational institute run by RSS Swayamsevaks, has donated Rs 1 lakh and also offered free education for all sisters of Soumya, till they complete their study, whichever course they want to study. Swayamsevaks in BJP collected Rs 2 lakh and helped in construction of the house. Guruji Swa-sahaya Sangha donated 35,000 rupees for constructing the toilet. Fri Nov 22 , 2013
by Shivaramakrishnan, Bangalore Bharat Ratna Prof CNR Rao: We must all be proud of Sri Chintamani Nagesa Ramachandra Rao for receiving the Bharat Ratna, awarded by the Indian Government. At 89, at the end of a long and a celebrated career in which he has demonstrated remarkable skills and virtuosity […] 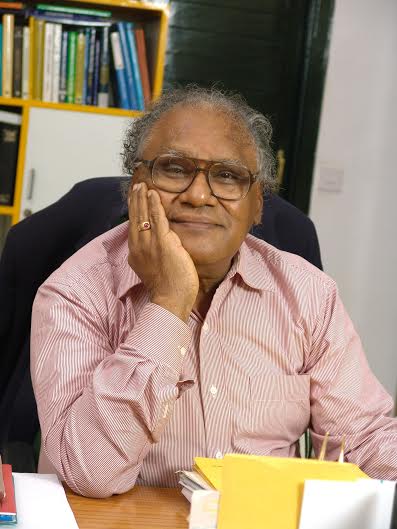