84 Kosi Ayodhya Parikrama is a Religious Yaatra is by Sants; Not an Agitation or political activity– VHP

Dr Togadia Appeals to all for Peace & Respect to Sadhu – Sants

New Delhi, August 24, 2013: Surprised by the knee jerk reaction by the Uttar Pradesh Govt not only to ban the 84 Kosi Parikrama Yaatra of Ayodhya by Sants, but also deploying so much security force in most parts of Uttar Pradesh, VHP expressed its displeasure & shock. Explaining the nature of the religious Parikrama Yaatra by Sants, VHP’s International Working President Dr Pravin Togadia said, “There are some simple & imp aspects of the 84 Kosi Ayodhya Parikrama Yaatra by Sants & looking at them, it is surprising & disgusting that Uttar Pradesh Govt slapped 144, banned religious Parikrama & already arrested over 100 Sants & VHP workers. These aspects are as follows:

Dr Togadia further appealed all at Ayodhya, surrounding districts & in Bharat to treat this 84 Kosi Ayodhya Parikrama Yaatra by Sadhu – Sants as purely a religious pilgrimage & not as an agitation. He also appealed all to maintain peace & calm while following the religious Parikrama Yaatra democratically. He further said, “We, therefore, appeal the Uttar Pradesh Govt to respect the religious sentiments of Sadhu – Sants & allow them to carry on the religious parikrama yaatra as scheduled rather than the Govt using high handed tactics like arresting Sadhu-Sants & VHP people. The state should instead respect Hindu religious sentiments & help Sadhu- Sants with water, clean route & medicines as by walking the feet may get hurt.”

Sun Aug 25 , 2013
Hyderabad Aug 24: Samachar Bharati conducted a seminar on “Swamiji ‘s Dreams of Bharat-Role of Media “ on 24th Aug 2013 at the Marriott Hotel ,Hyderabad on the eve of the 150th Birth anniversary of Swami Vivekananda. Speech by Justice L.Narasimha Reddy, the Chief Guest This seminar was inagurated by Justice L.Narsimha Reddy of […] 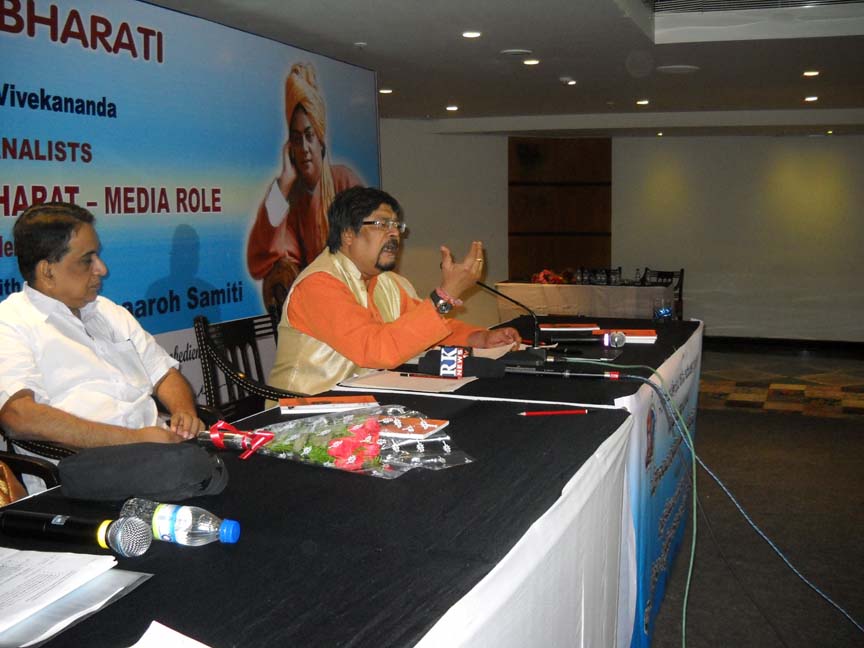