New Delhi, January 9, 2013: Pakistani troops encroached into the Indian Territory around 600 meters inside at Mendhar area of LOC (Line of Control) in Kashmir. Pak army fired incessantly on the tactical Border Patrolling Team of 8 on the border & killed 2 Army men of 13 Rajputana Rifles Lance Naik Shri Hemraj & Shri Sudhakar Singh while injuring 2 other army men. Pak brutality did not stop at that; the Pak military beheaded both Indian army men mutilating their bodies & also took away the head of one of the Indian army men as a trophy of victory the same way as they have been doing following their barbaric ideology past many centuries.

Condemning it, Dr Pravin Togadia, VHP International Working President said, “Sheer inhuman brutality shown by Pakistan in all this can surely be the topic of a greater debate on the ideology guiding them to do all such things. But the issue at this moment here is that of Indian Govt’s meek & weak responses in all such previous provocations by Pakistan. Pak has been attacking Bharat in many ways – be it 26/11 or umpteen number of border infiltrations through Jammu / Kashmir, Rajasthan, Punjab or through Bangla Desh, Nepal, Myanmar etc. Posting Chinese troops in Pak occupied Kashmir is also one such pre-war act planned before impending attack by them. Pak Home Minister Rehman Malik came to Bharat & blamed Bharat for 26/11 Jihadist attack! From Delhi to Varanasi & from Bengaluru to Mumbai, Pak has been found involved in Jihadist terror attacks killing thousands of innocent citizens of Bharat. And now such a brutal inhuman infiltration & attack on our brave army!”

Dr Togadia further said, “Had such a heinous border attack happened in any other country, the Govt there would have at least severed all relations with the enemy country. But the problem with our Govt is that it has not been accepting that Pakistan is an enemy of Bharat. Despite all overt signs of enmity by Pak, Govt of India has been busy in the so called hollow Peace talks, Cricket, Trade Relations, giving Most Favored Nation status to Pak for some trade, opening Pak banks in Bharat, Cultural exchanges, allowing Indian citizens to side with Pakistan’s anti-India campaigner Dr Fai & what not. Indian Govt has already lost out in tackling Pakistan on the international diplomatic front & also failed to protect our border forces & thereby our nation. International diplomacy & peace process are the lame excuses to let the enemy country sneak into our land 600 meters inside, beheading our army-men & mutilating their bodies. Govt has failed to reign in Pakistan.”

Dr Togadia demanded, “Indian Govt at least now should sever all ties with Pakistan, get the armed forces consolidated & attack Pakistan to regain all our lost territories. Our armed forces – army, navy & air force – are brave & capable in defeating Pak. But vote bank appeasement policy of the Indian Govt has been putting Bharat’s safety & security in danger for long now. ”

“Other countries including America or China have no right to advise Bharat to keep peace despite Pak’s continued attacks on Bharat in many ways. Indian Govt must listen to the advice of the senior sitting & retired security services officers, Intelligence officers & plan to once & for all put a stop to Pakistan’s blatant violations of all treaties & international war norms. Instead, Govt has been busy jailing Hindus in Bharat, pleasing minority vote bank even by bending to Pakistan & its allies’ pressures. Over 20,000 army / police / Para-military personnel were killed in various cross border & jihadist attacks by Pak in Jammu Kashmir past 10 years. No Human Rights of these people who gave their lives for the nation were ever considered by anyone. Their families have been living a life of hassles & poverty. Yet brave young people have been joining the army but not for getting beheaded like this due to our Govt’s weakness! If such feeble behavior towards Pakistan continues then it would not be long before Akhand Bharat will democratically & bravely stand up to protect itself. The families of the dead should be compensated properly in this incident & the brave-hearts – diseased & injured – should get the highest accolades.”  Dr Togadia said.

Wed Jan 9 , 2013
By Sandeep Balakrishna, Bangalore, January 8, 2013 Everybody has the right to criticize the RSS but such criticism must be rooted in truth, honesty, and a thorough knowledge of what it stands for. But then we have a media that’s incurably allergic to such concepts. Whatever be the ideological or intellectual […] 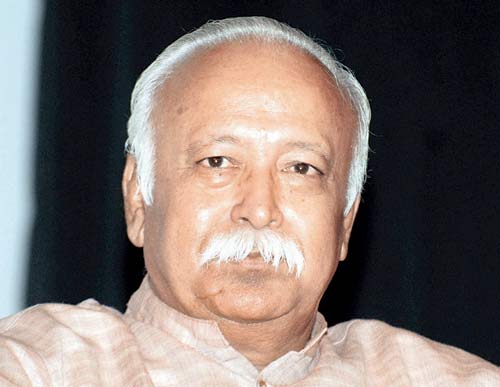