Hon’ble Sri Lankan Parliamentarian R. Yogarajan and Dr. N. Kumar Guruparan both appealed to His Excellency Mahinda Rajapakse, President of Sri Lanka, to ensure the safety of the Bhadrakaali Amman Temple at Dambulla;
When Government forces in civilian dress along with the monks went for demolition, the Temple Trustee Smt. Lechhumi Ammah requested them to give time till Wednesday for performance of prescribed religious rites for the closure of the temple. But they did not pay heed to this reasonable request and went ahead with their demolition drive immediately on 28th October, 2013 night.  [ https://www.colombotelegraph.com/index.php/30-year-old-dambulla-badhrakaali-amman-kovil-completely-demolished-last-night/ ]

The Working President of VHP Dr Pravin Togadia in a strong protest against the premeditated pulling down of a living Hindu Temple in Sri Lanka, said, “Vishva Hindu Parishad is deeply distressed to hear news reports that Mother Goddess Bhadrakaali Amman Temple at the historically inhabited Tamil area of Dambulla in Sri Lanka has been completely demolished and uprooted by design. VHP strongly demands from the Sri Lankan Government authorities that immediate steps be taken to reconstruct and restore the sanctity of the temple.”

“During the long civil war hundreds of Hindu temples have been demolished in Sri Lanka. Now the civil war is over. Even in this peace time we are hearing of destruction of Hindu temple which is very disturbing and provoking.”

Dr Togadia said, “As both Hindus and Buddhists are brothers in Dharma, we do not expect such offense and transgression from our Buddhist brethren committed on a Hindu place of worship. The message has gone all over the world that Hindu Temple has been demolished by government forces along with Buddhist monks in Sri Lanka. We take serious note of this wrongdoing and request the Government of Sri Lanka to refrain from such sacrilege against Hindu places of worship and ensure that such acts are not repeated in future anywhere in the Island Nation, otherwise the Sri Lankan Government will be responsible if such acts invite counteractions by the Hindus.”

Jehadi Forces are turning Kerala into a hotbed of anti National Activities: Nandakumar in Bangalore 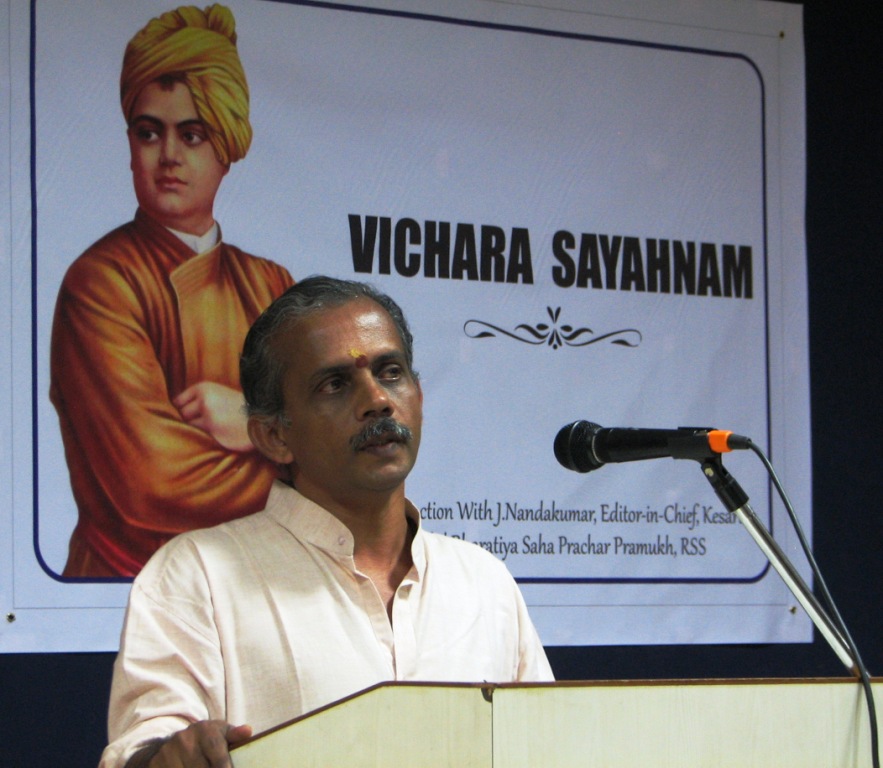