‘The Campaign will be held nation wide, lakhs of people to participate in this mass campaign’ said Keshava Hegade, VHP Chief of Karnataka to VSK-Karnataka. VHP’s Appeal to All Hindu Bandhus/Bhaginis outside Bharat to support the Vijay Mahamantra Japa-Yagna programme for the cause of Liberation of Sri Rama Janma Bhumi, Ayodhya. Please also circulate it further to your Bandhus who can also contribute to the movement by undertaking the Japa-Yagna in their respective areas!

All Hindu Bandhus/Bhaginis outside Bharat

The enclosed appeal made to Hindu Bandhus & Bhaginis in Bharat speaks for itself. Lakhs of them here are already poised to undertake this countrywide Vijay Mahamantra Japa-Yagna programme.

We are sending it to you also with the request to make it convenient to undertake similar Yagnas in your area and also introduce it to your family members and friends living in various parts of the world. You may tailor the programme as may be suitable to you.

After Akshyay Tritiya, please send us a brief report of the Japa-Yagna conducted in your area, so that your support and contribution to the cause may be recorded in the history of the Movement for Liberation of Sri Rama Janma Bhumi and nevertheless the data may also come in handy during our meetings with the Members of Parliament and Party and Government leaders in Bharat in the course of our exercises to press for our demand to pass an Act of Parliament as early as possible to address the Sri Rama Janma Bhumi issue! Your contribution in this manner will be a great asset for the cause!

Thanking you in anticipation and with warm regards and best wishes!

Yours in the service of Dharma,

You know, a Sant Maha Sammelan was held at Teerthraj Prayag on February 07, 2013 on the auspicious occasion of the Purna Kumbha Mela-2013. Unprecedented was the huge participation of Sants and their enthusiasm. The Sants gave a clarion call for the reconstruction of a grand Temple of Nativity to Sri Ram Lala (Divine Infant Sri Ram) at Ayodhya and gave vent to their fury against the long overdue continuation of the current makeshift rag temple which they said must no longer be put up with by the devotees of Sri Ram – the World Hero who defeated global terrorism and re-established the Rule of Law and Righteousness – and replaced by a splendid Temple. In order for facilitation of early reconstruction of the Temple of Nativity at Sri Ram’s Birthplace, the Venerable Sants called upon the people at large to practice the Winning Formula (‘Vijay Mahamantra’/Victory Prescription), viz., “Sri Ram Jai Ram Jai Jai Ram!” under a 33-day schema of Jap-Yagna. They called upon every single Hindu family to say 13 Rosaries (A standard rosary contains *108 beads) of the said Vijay Mahamantra everyday from April 11, 2013 (Chaitra Shukla Pratipada/Varsh Pratipada, 2070 Vikrami Samvat) to May 13, 2013 (Vaishakh Shukla 03/Akshyay Tritiya).

HOWS AND WHENS OF THE JAPA-YAJNA

On Varsh Pratipada (Hindu New Year’s Day/11th April, 2013), a family together can visit the temple in the vicinity, take a Sankalp (Pledge/Vow) to undertake the 33-day Japa-Yagna and get going on the Yagna track that day itself by saying 13 Rosaries of the Vijay Mahamantra. Every Jap-Karta (Jap-Practitioner) should introduce the Jap-Yagna programme into at least 11 families s/he knows. Several individual members of a family can also do the Japa exclusively on their own. In fact, it is the wish of the Ven. Sants that every individual member of every family should make it convenient to do the Japa. The family that is conducting the Japa-Yagna can unfurl a saffron flag at its rooftop/housetop. The Japa-Karta can wear a Sankalp-Sootra (Oath-Band) on a wrist. They can maintain a diary to record the Japa (chant) numbers and other relevant facts and figures. The youth power should be mobilized to take part in the programmes in huge numbers. The role of Mothers and Sisters can be powerful and effective. The Mohallites/Villagers can come together in a temple to conduct collective Japa. The Japa-Kartas and organizers should make efforts to take this programme to the institutions and places they know such as schools, temples, Dharmic, social and business establishments, etc. The Purnaahuti (finale) programme of the Jap-Yagna on 13th May, 2013 (Akshyay Tritiya Day) may be conducted in the

form of processions from one end to the other crisscrossing a city/town/village and collective chanting/musical Sankirtan of “Sri Ram Jai Ram Jai Jai Ram” and the convoys should march past all temples en route marked by involved rendezvous with them all.

SANKALP (PLEDGE TO BE MADE PRIOR TO STARTING A JAP-YAJNA)

”Om! On this auspicious day of Chaitra Shukla Pratipada, Thursday, Vikrami Samvat 2070, at ………………………(take the name of the temple/place) in……………(say address including name of village/city/town, district, state, country) and being witnessed and blessed by Bhagwan Sri Ramchandraji and the sacred Saffron Flag, I/We, …………………………… (everyone should take his/her own name and Gotra), do hereby assert and vow:

That the Site in Ayodhya where Sri Ram Lala is graciously seated (‘Viraajmaan’) is verily the Birthplace of Sri Ram and we shall materialize this fact and certitude;

That we shall reclaim the honour, sentiments and self-esteem of the Hindu society by having, sooner than later, the absolute ownership of Sri Rama Janma Bhumi premises and its surrounding 70 acres of government-acquired land restored once for all to Sri Ram Lala by an Act of Parliament paving the path thereby for the reconstruction of the Temple of Nativity to Sri Ram as per His Glory;

That within the cultural borders of Ayodhya we won’t let any new mosque or Islamic Centre/monument to be built;

And for the said cause of building the Temple of Nativity to Sri Ram and by extension for the cause of building an invincible Hindu Society & Nation, we do hereby undertake to say a minimum of 13 Rosaries a day from Chaitra Shukla Pratipada to Akshyay Tritiya in order to register our humble contribution to the collective effort of hitting the present target of chanting 130 million “Sri Ram Jai Ram Jai Jai Ram” Vijay Mahamantras!”

N.B.: *108-Beads means: 6X6=36X3=108 (Shad-Ripus make 36 combinations and permutations and their multiplication by Triguna make 108. The enchanting prescription is believed to empower the practitioner(s) with assets and merits of positivity & spirituality by freeing him/her from the liabilities of negative Karmic effects and sins.)

Wed Apr 10 , 2013
By Dr Manmohan Vaidya WHILE travelling all over the country, I come across many youth who are unhappy and dejected with the national environment. They are concerned about the unhealthy developments in all spheres of life and seek immediate and drastic change. Their concerns are genuine and whenever possible they […] 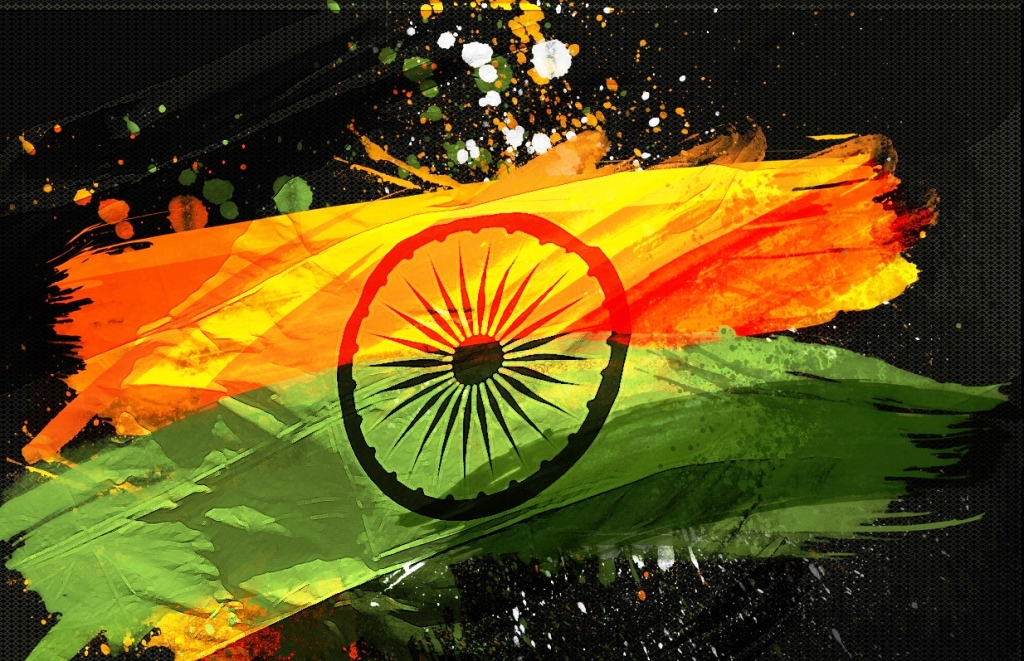