Devgiri/ Sambhaji Nagar (Aurangabad), April 13, 2013 Over 15 districts in Maharashtra have record drought. More than 6000 villages / towns have been facing the biggest crisis after 1972. Dams have exhausted water & over 10 Lakh people (farmers & all those who run allied trades / businesses that depend on agriculture) have helplessly left their homes with families. Some of them are in the nearby towns & cities searching for some work. Some along with the cattle have taken shelters in fodder camps being run by VHP, other social organizations & Govt.

the nation. Today when they, Gou Mata & other cattle & our mother earth are in trouble, agony & pain because of the drought. It is every citizen’s duty to be with them in their hour of need even if we can contribute just the squirrel’s share. VHP has specific supports lined up for the drought affected:

Dr Togadia further appealed, “We, as a socio-religious organization have been trying to do as much we can for the drought affected. However, we do not have political power that of any Govt nor do we have huge resources that are available to Govts & Corporates. Rising above any political differences, all people, parties, corporate should come together to help these farmers, other small traders like potter, tractor mechanic, carpenter & the likes in their difficult times. They are not beggars; they feed all of us through their hard work! Agriculture decline, water shortage, crop damages, soil deterioration & forced loans have already affected them due to misplaced priorities & wrong policies of the Govts. But this is not the time to start a blame game; it’s time to raise a helping hand TOGETHER.

I appeal to all that:

There are other states too where some districts have been affected by drought & many villages & towns have been facing similar concerns. VHP plans to extend its helping hand throughout there as well. Those who want to get Punya of giving water to the thirsty; sheltering the needy & the cattle; helping kids, youth & women; caring for the Mother Earth – may contact the above numbers for facilitation & the for further coordination with the local VHP units.” 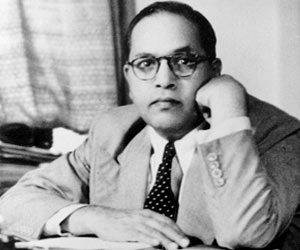