Summary of Speech by Vinay Sahasrabuddhe at Mangalore:
To discuss as to what it means to be a Hindu in a globalised world, in the present-day context is both, simple and difficult at the same time. But before going into the issues of difficulty or otherwise in discussing the issue, one thing is very obvious. Several Hindus almost consider themselves as accidental Hindus since to them—due to their ignorance about which they are ignorant —– it hardly matters whether they are Hindus or non-Hindus. A few fashionable secularists have almost abandoned their Hindu-ness as their brand of progressivism takes them to a pseudo- belief that world would not have been any different to them, had they born in a non-Hindu family.
Sadly, in the case of a majority of the proud Hindus, the quest to find answers to the questions regarding defining Hindu and thereby Hindu-ness has not gone too far at least at the popular level. No wonder then, there always are greater chances of a devout and proud Hindu disowning his/her Hindu identity temporarily than taking pains to find answers to the questions concerning the meaning of being a Hindu. What it means by being a Hindu very logically depends upon what characteristics go along with the concept of being a Hindu. In other words, our view about where, or in what factors lies one’s Hindu-ness will take us closer to the answer of the question referred to at the beginning. Hindu-ness could be rightly translated as Hindu-tva. Therefore, one cannot avoid the
subject of defining; deciphering or decoding what is Hindutva.

Much has already been and is still being said about Hindutva by both, its adversaries as also its advocates. The confusion that surrounds the concept of Hindutva — thanks mainly to the intellectual liberty, almost bordering irresponsibility enjoyed; again by both; adversaries and advocates alike— has added to the intricacies of the task. Too much of politically motivated discussion about Hindutva and an absolute apathy on the part of the academia and intelligentsia to understand its message has made the task of its adversaries to paint it as an illegitimate ideology, extremely easy. No wonder then, that almost two decades after the Ayodhya Movement Hindutva hardly figures in whatever the serious intellectual discourse that is witnessed in India. On the one hand, adversaries of Hindutva indulge only in using it as an old stick to beat its advocates, chiefly for political correctness; the later do precious little to present it in the modern context and in them idiom, the intelligentsia world over, understands.

The Ram-Janmabhoomi movement was the perfect symbol of Cultural Nationalism and it communicated the message of Hindu Unity so very effectively that hundreds of Leftist scholars were at pains to explain as to how Hindus have come together through a movement that was described by them as ‘Brahmnical’. While sound logical arguments in favour of Ram- Janmabhoomi made it acceptable in the educated urbanites and thinking circles, what was more important was the emotionality of the issue, which proved to be a unifier, par excellence. It was an issue, so very deeply rooted in our shared ethos that it became hard for even the staunchest secularists to gloss over it and just forget. At least for a certain period of time, Ram- Janmabhoomi made the Hindus forget their cast identities and in a way forced them to think of their larger cultural identity-the Hindu identity. A number of secularist journalists who witnessed the events in Ayodhya on December 6, 1992 had to publicly accept the fact that the sea of humanity that they witnessed had only one inseparable identity and that was the Hindu identity. Regardless of the questions of legitimacy of the events on that fateful day, one thing is certain that the entire Hindu society experienced an intense feeling of unity and solidarity, –so very unheard of about the Hindus—in the entire length and breadth of our nation.

This emotional unity, howsoever short-lived it might have remained; was the greatest gift of the Ram-Janmabhoomi movement. True, that VHP and other
organisations had undertaken several programmes aiming at consolidation of all those who are essentially Hindus right after the Meenakshipuram
conversions, still; the success of the Ram-Janmabhoomi movement was simply unparalleled. Notwithstanding the propaganda of the Left leaning academics about the socalled Saffronisation of Education, Hindutva, as an ideology continues to be untouchable in the corridors of academics. This untouchability emanates from various factors. Behind this denial of legitimacy is the destruction of image indulged in by the adversaries of Hindutva. Adversaries of Hindutva relish in painting the entire movement black! Their series of allegations against Hindutva consists
of following five points: –
1.Hindutva is a sectarian and hence anti-Muslims and Christians.
2.Hindutva is communal, pro-upper caste pro-Manu and hence against the
backward and weaker sections of the society.
3.Hindutva is anti-women, obscurantist and against gender justice.
4. Hindutva is against freedom of expression
5. Hindutva is anti-modernity. 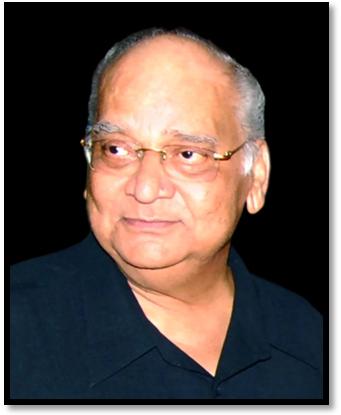