New Delhi, April 11, 2013 : Over 480 Hindus who were tortured & faced genocidal brutalities in Pakistan are staying in Delhi for last few months. VHP & many other Hindu organizations have been helping them with shelter, food, clothes, day to day needs, utensils, medicines etc. More importantly Hindus from Pak need security & dignity in Bharat rather than every month worrying about their visa extension. Govt of India has extended their visa

but only for a month. VHP & many Hindu organizations have been making representation for Hindus from Pak to get citizenship status with every right to education, health & all such securities. While doing all this, another significant aspect of human life gets missed out & that is their emotional trauma. Little kids have seen their elder sisters & mothers being taken away by the Isamists. Young small shop keepers have lost their hard earned little income to extortion at the gun point. Even to celebrate Hindu festivals, these Hindus had to be worried.

Today Hindu New Year. Dr Pravin Togadia spent his time with these Hindu families from Pak. He gave the little kids drawing books & colours & said, “After making basic needs like food, shelter, clothes etc available to them, it is essential that the families express themselves. At least kids can draw their feelings. Their childhood needs to be made happy in Bharat.”

Hindu New Year sweets were also given to them & Dr Togadia silently listened to the memories of the Hindus from Pak. The old were in tears remembering glorious times before partition, the middle ages with their lost precious years were hoping to get better lives for their young sons & daughters; mothers had agony in their voice when they told of the horrible abductions of their young daughters. Youth had new dreams of a better life in Hindusthan which they say is their ‘Maa’.

Dr Togadia said, “My heart is filled with all emotions – sorrow, agony, anger for what these great Hindus faced & also joy that I am here with them for Hindu New Year. They did not give up their Hindu Dharma despite such atrocities & hats off to them. While minority in Bharat behaves as if they are the first class citizens of Bharat & Hindu majority here is treated as the secondary citizens, in Pakistan Hindu minority faces genocidal brutalities! They were forced to run away to Bharat. In coming June, VHP will get the kids admitted in schools here. The women will be helped with cottage industry type of work & the youth will be given jobs in industries etc. No way these Hindus in Delhi or from any other parts of Bharat (even in Rajasthan, Gujarat some Hindu families have come in from Pakistan) will go back to Pakistan. While we demand Govt to care for them & make Pakistan (& Bangla Desh) implement Nehru-Liaquat treaty to protect minority rights, we will do everything possible to help them assimilate in Bharat with dignity & respect. We will ensure ‘Hindu Ahead.”

Thu Apr 11 , 2013
Chitheri, a village in Tamilnadu-Vellore district around 90 kms off from pharmacie en ligne andorre Chennai shook once again when 11 bogies of Bangalore-bound Muzaffarpur-Yesvantpur Express derailed yesterday.  RSS volunteers plunged into rescue operation and saved lives of the passengers.   Food packets were distributed to them.  It is to be remembered that RSS […] 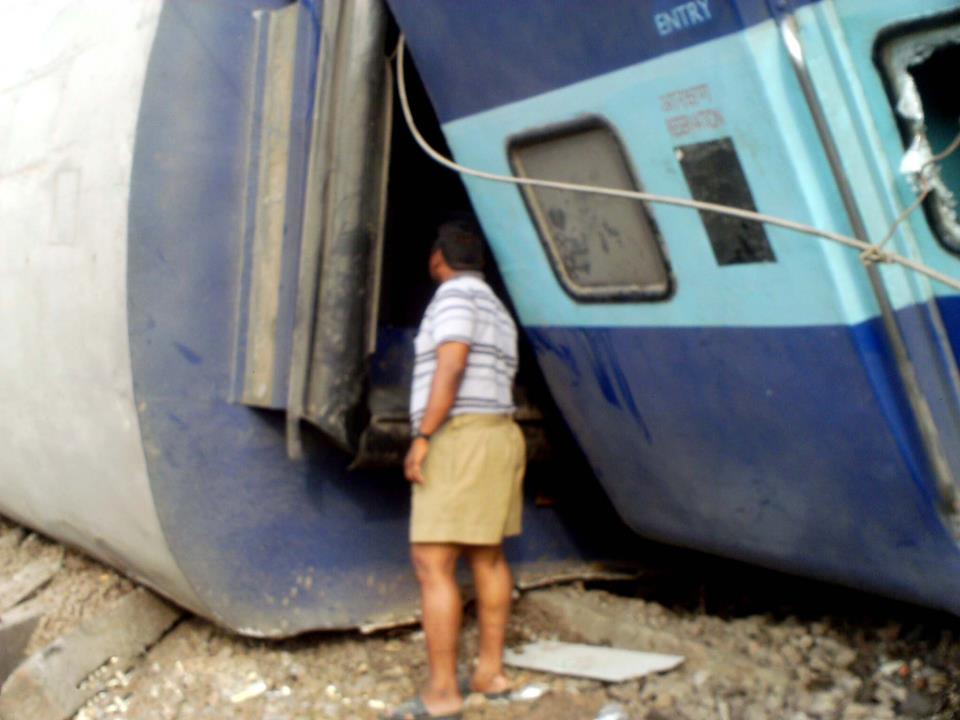