Prayag, February 8, 2013: Since past 36 hours, exactly from the day before the grand Saints & VHP Dharma Samsad at Mahakumbh on February 6 & 7, where over 10000 Saints along with the RashtreeyA Swayamsevak Sangh Sarsanghchaalak ji Ma. Shri Mohanji Bhagwat & VHP the grand Bhagwan Ram Temple movement has been announced, there are concentrated & orchestrated media & political efforts to ‘fix’ me in malicious criminal cases. This is a deliberate effort by the anti-Hindu forces to distract the nation from the core issues of Hindus & also from the grand Bhagwan Ram temple.

Sat Feb 9 , 2013
NEW DELHI February 09, 2013: The Jaish-e-Mohammad terrorist Parliament attack convict Afzal Guru has been hanged in Delhi’s Tihar jail at 8am on Saturday morning, Union home secretary said. A recommendation to hang Afzal Guru had been sent to the President on January 23. The President gave it his assent on January 26. Earlier the reports said […] 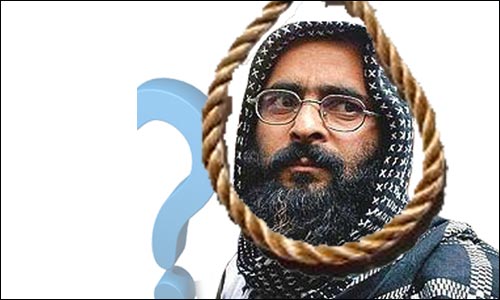