Calicut: In yet another gory incident of attack by alleged CPI(M) activists, Anoop(29), RSS Shakha Mukyashikshak succumbed to death at Calicut medical collage yesterday evening. Anoop(29) was an active RSS worker and he was leading a march against an illegal Quarry run by CPM leaders in the area. Anti social elements unleashed the attack against Hindu Aikyavedi Programe and thrown the country made bombs to program venue at Kuttyadi of Nadapuram on Wednessday. RSS leader Annop was brutally injured by the attack and taken to the medical college hospital. But on thursday he has succumbed to death.

Kerala is well known for communists terrorism and hundreds of sanghparivar activists lost their life and thousands of  people permanently injured by the Communist brutality in past many years. Last week Another RSS leader Vinod was brutally murdered by alleged CPIM goons in Kannur and Police are still on the lookout for the murderers. RSS has condemned the murder and paid tribute to Anoop. “Swayamsevaks, in the forefront of the battle to preserve western ghat are living in threat to life in that area while CPM “capitalists” keep looting.”, said Nandakumar, RSS akhila Bharatiya saha prachara pramukh.

Thu Dec 26 , 2013
Jammu: 26 Dec 2013,: “Article 370 is nothing but an additional legalistic mechanism to make some laws when Constituent Assembly was not constituted in Jammu and Kashmir,” senior RSS leader Arun Kumar said at a seminar, “Article 370: Reality and Myths”, organized by Jammu and Kashmir Study Centre in Jammu on […] 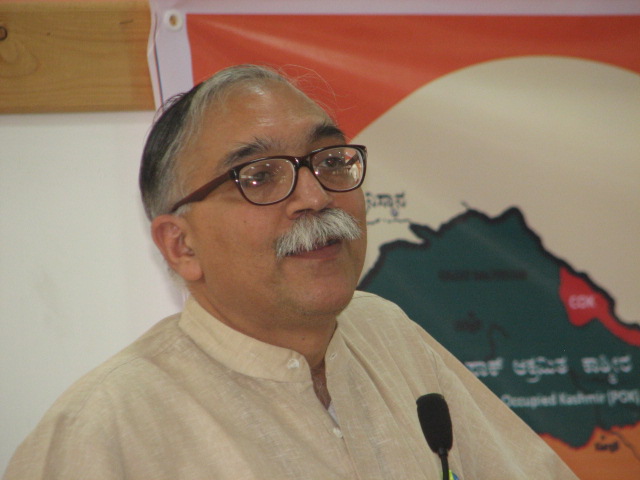