NEWS IN BRIEF – FEB 15, 2013
1. Ex-IAF chief briefed us on tender: Middlemen, Claim They Met Tyagi
In Office, Influenced Him To Change Terms: New Delhi: The alleged
middlemen in the deal for VVIP helicopters have claimed that the then Air
Chief Marshal Shashi P Tyagi used to brief them on the developments in
the tender, according to Italian investigators.[TOI p1]
2. Pranab, Tyagi at helm when chopper specs tweaked: MoD: New
Delhi: Pranab Mukherjee was the defence minister and Air Chief Marshal
(retd) Shashi P Tyagi was the IAF chief when “changes” were
incorporated in the technical parameters for acquisition of a dozen VVIP
helicopters that are at the centre of the Agusta Westland bribery scandal.
[TOI p1]
3. Def min tries to firewall ‘Mr Clean’ from scam, Deal approved under
Pranab’s watch: Ministry : New Delhi: A six-page factsheet issued by
the defence ministry on Thursday rebuts Air Chief Marshal (retd) Shashi P
Tyagi’s argument that he had nothing to do with the changes in
specifications, while insulating present defence minister A K Antony
completely from the controversies surrounding the long procurement saga
roiling the political class. [TOI p13]
4. Front co IDS India that routed 140cr bribes doesn’t exist : New Delhi:
The company at the centre of the AgustaWestland VVIP helicopter
scandal, IDS India, does not appear to exist in any official database. As
reported by TOI on February 14, this is the ‘company’ which received up
to Rs 140 crore in kickbacks in the 2010 VVIP helicopter deal with
AgustaWestland via the tax haven of Tunisia over a period of around five
years. [TOI p1]
5. Antony took no action on bribery charges for 11 mths: New Delhi:
The Rs 3,546-crore contract for 12 AW-101 helicopters, inked in February
2010, has emerged as a test case for defence minister A K Antony, who
has built his entire political career on a reputation for honesty, government
circles acknowledge. [TOI p15]
6. NDA changed specs, UPA implemented them : MoD : New Delhi : The
Defence ministry Thursday made public details of the process that led to
key changes in the technical requirements of the VVIP helicopter deal and
said the decision to make the changes was taken in 2003 when the NDA
was in power.[IE p1]
7. Copter deal during Tyagi, UPA tenure : New Delhi : New Delhi :
Former Indian Air Force chief SP Tyagi was wrong when he said the
controversial decisions in Chopper gate were taken during the NDA
regime and before his tenure, suggest new revelations.[HT p1]
8. Specs changed at Brajesh’s behest: Jaswant, ‘Stop Making Wild
Charges Against Tyagi’: New Delhi: Even as the BJP kept up its attack
on the government over alleged kickbacks in the VVIP chopper deal,
senior party leader Jaswant Singh on Thursday agreed with former IAF
chief S P Tyagi that the change in specifications of the helicopters was
done at the behest of then national security adviser Brajesh Mishra. [TOI
p13]
9. Verma firms acted as Agusta brokers?: New Delhi: Controversial arms
dealer Abhishek Verma is back in the headlines. On a day when a Delhi
court denied Verma and his wife interim bail in a case involving alleged
violations of the Official Secrets Act, television channel Times Now cited
documents to suggest that his firms had acted as deal-brokers for
AgustaWestland, though not in the VVIP helicopter deal. [TOI p13]
10. Italian firm to lose Rs.44,000- cr biz : New Delhi : Finmeccanica’s
troubles have just begun to unfold. The state-controlled Italian defence
group has run into a dead end in the Indian defence sector, with kickback
charges to secure the Rs.3,760- crore VVIP chopper deal jeopardising its
chances of taking part in other military contracts worth almost $8 billion (
Rs.44,000 crore).[HT p10]
11. Prez may turn down 5 more mercy pleas : New Delhi: The Union home
ministry is learnt to have recommended rejection of mercy petitions in five
more cases as it seeks to speedily dispose of all death row cases pending
with it. Seeking swift closure on cases of those who have filed mercy pleas
against capital punishment awarded to them, the ministry has sent all the
pending files to President Pranab Mukherjee for a final call. [TOI p1]
12. Delhi lawyer’s name surfaces in payoffs : New Delhi : The name of a
Delhi based lawyer has surfaced in the over R3,600 crore VVIP chopper
deal that has its roots in Italy, and has triggered a political storm in the
country.[HT p10]
13. Shinde sent mercy plea files to Prez in 100 days : New Delhi : The
President had sent the files to Union home minister Sushilkumar Shinde
on October 30 for his review and opinion. Shinde sent the files back within
100 days in a major shift from the pattern where decisions on mercy
petitions were indefinitely delayed with files shuttling between the home
ministry and the Rashtrapati Bhavan. [TOI p23]
14. Govt Did Not Intend to Inform Afzal Guru’s Family in Advance: NEW
DELHI : The authorities made sure that the family of Parliament attack
accused Mohammad Afzal was not informed that he was about to be
hanged at 8 am in Delhi’s Tihar Jail on February 9, the sequence of
events pieced together by ET shows.[ET p2]
15. Retail FDI faces fresh hurdle in Rajya Sabha : New Delhi : The
government’s decision to allow FDI in the multi-brand retail sector is set to
face a fresh vote in the Rajya Sabha during the budget session, with
chairman Hamid Ansari admitting a motion moved by Left parties to seek
rejection of new rules framed to implement the decision.[HT p14]
16. Indian firm 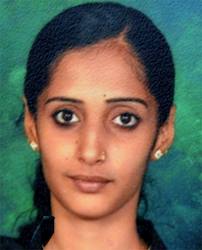