The happiness of the self esteemed citizens, when GSLV-D5 employing indigenously built cryogenic engine leaped into the sky on 5th January, was immeasurable.  The main reason for this is the pride taken on achieving self reliance in cryogenic technology. At the same time when GSLV-D5 leaped into to sky, the eyes of an elderly gentleman sitting in a Malayalam TV channel studio in Thiruvanantapuram, were shedding teardrops. While everyone is proud about India that succeeded in developing indigenous technology, why this old man is in grief?  Actually, those were teardrops of happiness; not that of sorrow. Because, long diligence and arduous penance of that elderly gentleman, was there in the backdrop of ISRO’s achievement in developing Cryogenic technology. But while the rocket employed with indigenous technology was being launched in Sri Harikota, the unfortunate circumstance of watching it sitting in some TV studio had come upon the old man. It is a long dolorous tale.

That 71 year aged old man is S. Nambi Narayanan. His name should be scribed in bold letters in the list of great space scientists of India. When ISRO charted the program to develop Cryogenic technology 20 years back, the same Narayanan was the driving force behind this utmost important project. In 70s decade itself he knew the benefits of using liquid fuel and deploying Cryogenic technology in rockets. Even the same Nambi Narayan had designed the ‘Vikas Engine’ being used in PSLV rockets.

The strike of that thunderbolt

The GSLV rocket that sprang into the sky on January 5th should have had leaped and made record 13 years back itself. Because, long back itself ISRO had put diligent efforts in developing the Cryogenic technology. Considerable progress was achieved under the leadership of Nambi Narayanan. While the indigenously built Cryogenic engine was almost ready, a powerful shock struck in 1994. Strong allegations started spreading in, that senior scientist Nambi Narayanan who was working hard to develop Cryogenic technology has conspired to sell the technology to enemy nations! This became big news in media as ‘ISRO espionage case’. Kerala police arrested senior scientist Nambi Narayanan, another scientist Shashi Kumar and two more staff working in ISRO. Nambi was kept in custody for 50 days. With that his professional career got stoned; not only that many programs of ISRO including Cryogenic program, GSLV, PSLV rocket development projects etc got backtracked. The very moral strength of ISRO scientists severely collapsed. The ambitious Cryogenic program got ditched.

Central Intelligence Bureau (IB) and Kerala Police investigated the case. While in custody Nambi was physically and mentally tortured for forcing him to speak out. So what could be the reason for Kerala Police to suspect Nambi? Two Maldives nationals Mariam Rasheeda and Fauzia Hassan, who were frequently visiting ISRO and were also staying back in India even after the expiry of visa period, were arrested and Nambi’s phone number was found written in their diary. Because of the only reason that arrested Rasheeda and Fauzia had Nambi’s phone number the police accused that they had secret information related to ISRO, the information associated with Cryogenic technology have been leaked etc.

ISRO is an esteemed space science establishment of India. Since accusation inflicted on a senior scientist of such an organization could not be resolved merely by investigation of IB, the case was later transferred to CBI. The CBI investigations found that the allegations made on Nambi were concocted and false.  After that the case went to the Supreme Court’s floor.  The Supreme Court ruled for dismissal of the whole case in 1998.  Later the National Human Right Commission reprimanded Kerala Government for unjustly disrupting Nambi Narayanan’s professional life and ordered to compensate for the damage.  The Kerala High Court also directed the State Government to give recompense of Rs 10 Lakhs to be given to Nambi Narayanan and also directed to take appropriate action against the IB officials. By then it was totally proved that Nambi Narayanan was innocent. However, by then thirteen invaluable years of his professional life were wasted. Though Nambi was exonerated from unjust implications made on him, he could never achieve what he had aspired.

It is true that India didn’t have Cryogenic technology before. India was dependent on developed countries like Russia and America. India had entered into an agreement with earlier Soviet Union(USSR) for getting Cryogenic engine technology. But after the dissolution of Soviet Union America pressurized Russia so as to prevent the agreement being implemented. The reason is, America had feared that India which was a nuclear power could use Cryogenic engines in its inter-continental missiles. That is why ISRO struggled a lot without having access to the Cryogenic technology. But now after two decades of diligent effort and experimentations India has independently the technology. If Nambi Narayanan had not been arrested on false charges of conspiracy, probably ISRO would have made this achievement long back itself.

Till today India has relied on PSLV rockets for launching the satellites. But the rocket was incapable of carrying heavy satellites. For launching heavy satellites ISRO had to take help of foreign rockets paying hefty 500 Crores of rupees. Henceforth with the indigenous Cryogenic technology satellites weighing 2000 to 4000 tons can be successfully launched to the outer sky. Lot of foreign exchange will also be saved. If ISRO walks toward launching big complete communication satellites, by making this success as a stepping stone, considerable benefits could be received. Because, the outer space market has grown widely, during recent years. Though many developing countries are in need of own satellites they don’t have access to technology to indigenously develop satellites or the economic strength of that scale. India can earn substantial revenue by building satellites for such countries at low cost.

The person who played a major role in Nambi Narayanan’s arrest case was the head of IB, R. B. Shreekumar. He was DGP in Gujarat before this episode. He is also one among those who charged allegations against Gujarat Chief Minister Narendra Modi regarding post Godhra riots. Another person who colluded with Shreekumar to trap Nambi Narayanan into conspiracy net was the joint director of IB, Mathew John. Nambi Narayanan has cited both these names in is application made for compensation to National Human Rights Commission in 1999. The CBI also, in its report submitted to central Government, had recommended for taking appropriate action on these two IB officials. But it is different talk altogether that the central Government didn’t initiate any action on both of them.

The Congress government at the centre as well as UDF government of Kerala didn’t utter a single word against unjust allegations implicated upon Nambi Narayanan. Fortunately the main opposition BJP didn’t sit quiet. BJP’s national spokesperson Meenakshi Lekhi in a press conference in Delhi, accused that Shreekumar is the master mind behind the conspiracy for portraying Nambi Narayanan as a traitor. Shreekumar was nowhere seen during the investigation. But, the IB staff had made all efforts, to give mental embarrassment and torture to Nambi, for getting something out of his mouth.

Recently Gujarat Chief Minister Narendra Modi met Nambi Narayanan when he was visiting Thiruvanantapuram. That time Modi had enquired regarding ISRO case with Nambi. Nambi had convinced Modi about suspected involvement of America in this espionage case. ‘Modi is the first Chief Minister who asked my opinion on this case. None of the Kerala CMs during that period ever showed the minimum courtesy to enquire my opinion’ says Narayanan. Narayanan suspects that Congress and Leftists have also involved in ISRO case.

Was this case hatched to prevent India from achieving self reliance in Cryogenic technology? Was there an American hand in this case? These questions need answers. But who will answer now? Nambi Narayanan is writing a book on ISRO espionage case. The facts that could have happened surrounding the espionage case, have been exposed in the book. ‘How ISRO espionage case evolved? Why it happened? Who did it for whom? – These are the first part of the book. The second part contains narration of the political game play’ says Narayanan. The book is almost completed in English and he has intensions to publish in Malayalam also. He himself could have translated from English, but he feels that will not be as fair as written originally in Malayalam.

Whatever; Nambi Narayanan is man who can stand in the line of great scientist like Vikram Sarabhai, Sathish Dhavan and U. R. Rao. How would be those explosive bitter truths his book could bring out?  The petty politics behind the ISRO espionage case, conspiracy, American antipathy toward India achieving self reliance in technology, all these may be exposed. The political future of many notable may get disrupted. But truth will get disclosed. The people will know the true story of the blot that assailed on one of the great scientists of India.

It is a matter of pride that India achieved complete self reliance in Cryogenic technology by diligent endeavor of Nambi Narayanan. India used this technology not for military intentions but in communication, education, medical science and other purposes; which symbolizes the tradition of this land. India has demonstrated to the world, that how technology could be used for good purposes.  Not only that, India has also setup precedence in achieving this in less expense. It is true that India broke the technological monopoly of mighty nations. How America will digest this? We have to wait and watch

(Translated to English by Satyanarayan Shanubhag) 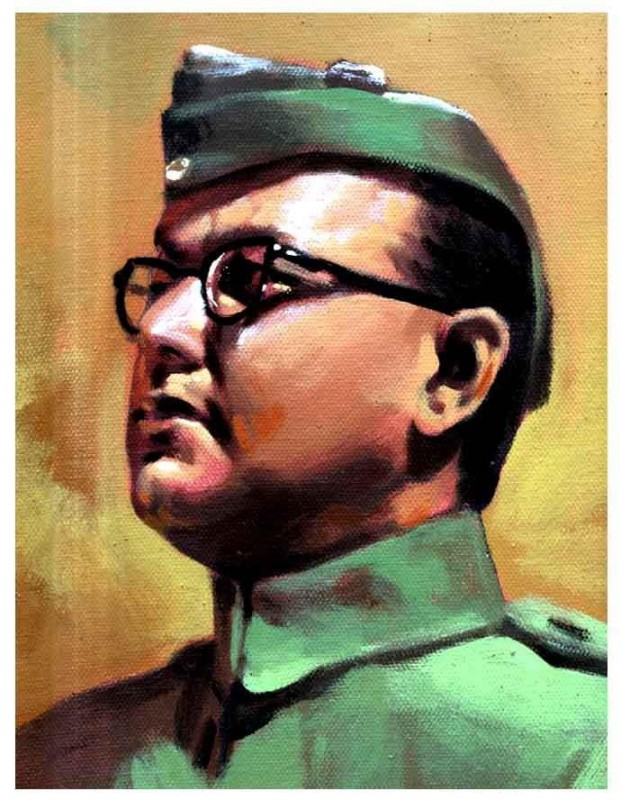