Partition of Bharat is not an established truth. So why should it be regarded as an ‘Established Truth’?

But it is extremely unfortunate that except a few individuals, people in general do not even think about ‘Akhand Bharath’ today. The reason for this is that the partition of Bharath has been accepted as an ‘established truth’. People do say the that partition was absolutely wrong, it should not have happened but wonder what can be done about it now? Partition is a reality but is it realistically possible that it can be undone now? It is due to this that people do not even think about partition and ‘Akhand Bharath’. Hence it is absolutely important that the thought of this being an ‘established truth’ be removed from the minds on our people. Come, let us consider few instances from our history that seemed as ‘established truths’.

Germany was partitioned after the second world war. The fervour with which it was accomplished, it seemed that this partition would be for eternity. But today Germany is united as earlier.

Just a few years earlier the USSR was one of the two world powers. Today it has been fragmented into various countries and has secured the status as ‘former’ USSR!

Prior to 1970, none ever imagined the existance of Bangladesh. But in 1971 it became a reality.

History is replete with many such instances that seem to be impossible. So why should the partition of Bharath be regarded as an ‘established truth’? With determination and through contant efforts this can certainly be reversed. This ougth to be the thinking of each resident of Bharath.

(Article in Hindi By Vivek Bansal, Translated to English by Prashanth Vaidyaraj)

Tue Jan 21 , 2014
Bangalore: Uthista – a social organization dedicated to development by reaching out the economically marginalized inspired by Swami Vivekananda’s ideals – on Sunday 19th Jan, hosted a very interesting evening with Sri Rajiv Malhotra. Rajiv is an eminent author and passionate campaigner for the protection of our Dharmic heritage. He had authored two […] 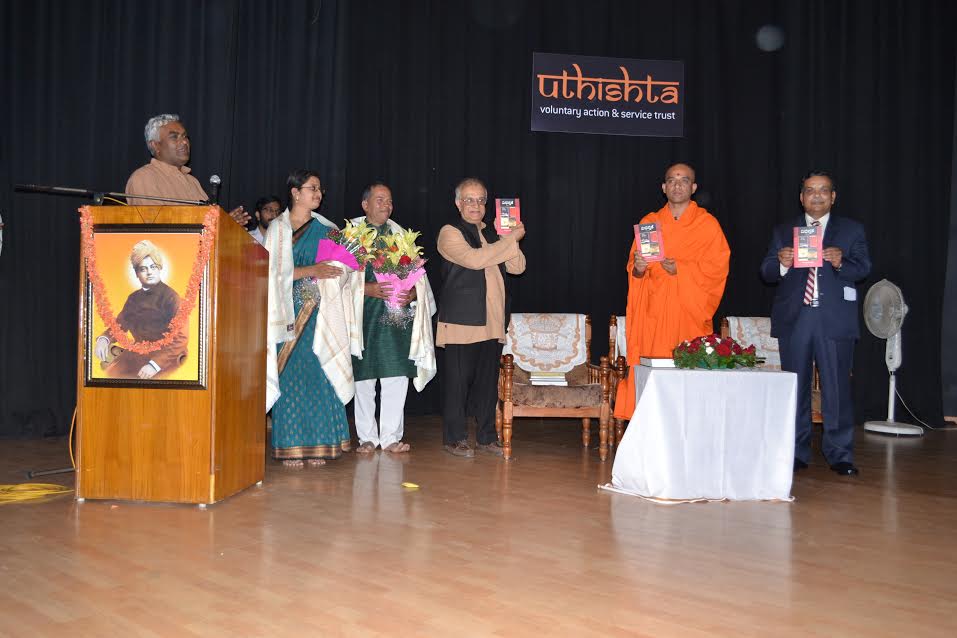