Only when the severe complications start showing up, patient contacts the Doctor. By then the disease takes a deadly form, be it Hypertension, Anaemia, Diabetes, Obesity, Cancer, Cardio problems or Psychiatric issues. With regular Annual Medial Check-up, all such things can be averted to much extent. Complications of undetected diseases cause 3 big losses: Permanent loss in the human body, financial losses & losses of nation’s precious human working hours! The figures are shocking.

Dr Togadia informed of the India Health Line’s efforts through its Health Ambassadors who check the basic parameters like sugar levels, BP, Haemglobin, weight etc in FREE camps & going to various locations. So far since its launch in Feb 2014, IHL has arranged over 112 such camps.

“Creating awareness is an imp step in getting more & more people go for Annual Medical Checkup. Even affording do not do it, women are neglected even in preventive health care. Middle class will do the checkup with budget packages & the poor should get more support in Govt / Trust hospitals.” – Said Dr Togadia. IHL plans a nation-wide awareness campaign with FREE camps & simple literature.

Indian Health Line through its national call center (Number: 18602333666) helps the needy patients in getting FREE consulting by Specialist Doctors in most parts of India.

Sun Nov 2 , 2014
New Delhi October 21, 2014: In an overwhelming response to nationwide blood donation camp of VHP, thousands of youth donated blood across Bharat, crossing a collection of a total of  100,000 units of blood across the nation. The blood donation drive was organised by VHP and its youth wing Bajarangadal to commemorate […] 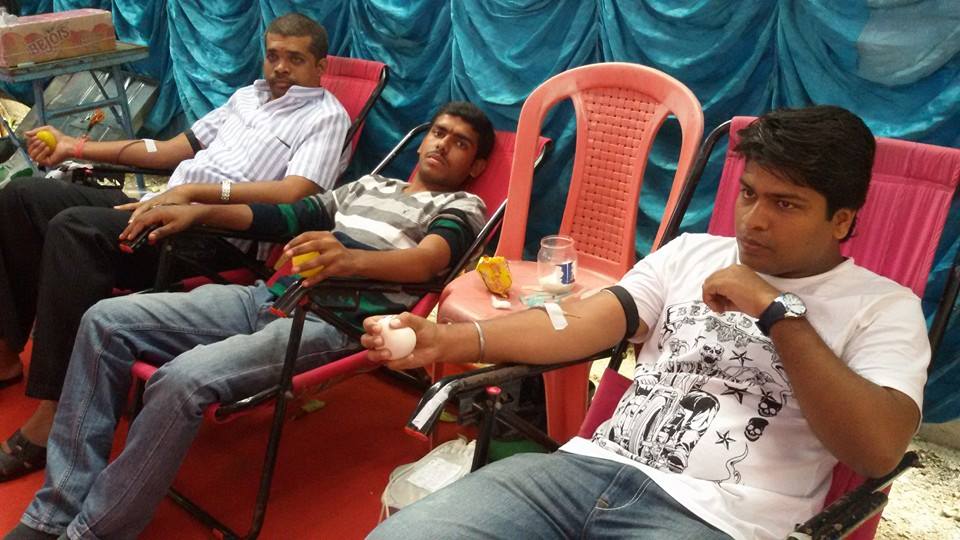