Bangalore: Kashmiri Kutumb Milan, is a concept to celebrate together the culture & heritage of “Kashmiri Pandit”. An initiative by Kashmiri Pandit Youths of Bangalore, started in year 2012, with an urge of preserving the culture.

Wed Feb 12 , 2014
Agra: SANSKAR Bharati’s two-day national literary fest began in Agra on February 1. The topic of the Sammelan was the condition and direction of the literature in the era of globalisation. About 225 writers and literary persons from across the country joined the fest. Shri ML Chhipa, Vice Chancellor of Atal […] 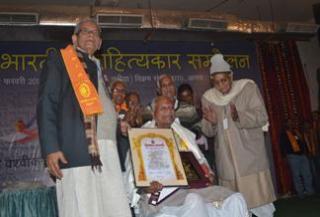