Bangalore Sept25, 2014: Nation remembers a great social thinker, philosopher, Pandit Deen Dayal Upadhyaya on his 98th year of Birth.  He was a revered icon of Integral Humanism, he was an ideologue and a guiding force for an alternative model of governance and politics. His life and message, are given  below. 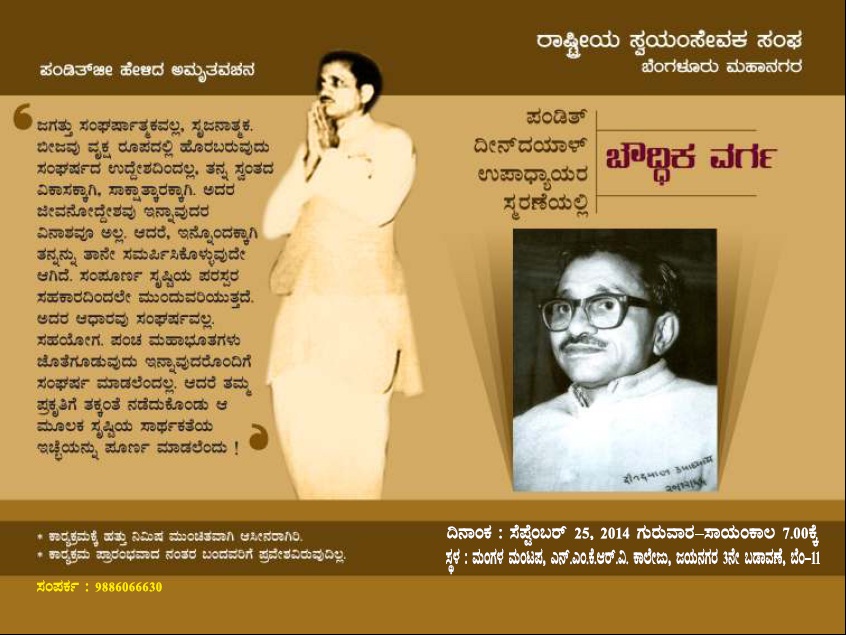