Skip to content
Chennai November 08: Noted scholar, author-writer  V.Sundaram IAS (Retd) passed away on Friday morning at his residence. He served with distinction in several high positions in Tamilnadu Government from 1966 to 1994 with great record.

V Sundaram had authored various books, to name a few,

RSS Sahasarakaryavah Dattatreya Hosabale expressed deep condolences. “I am shocked and deeply saddened to know that Shri V. Sundaram, IAS(R), is no more with us. My deep condolences to his family members. An ardent crusader for the cause of Hindutva and Rashtra dharma, Shri Sundaram kept himself active even in his ripe age, which is an inspiring example for the younger generation. His razor sharp analysis of historical events and present scenario made many rethink about their views and persuasions. His series of essays on Shri Guruji Golwalkar was a grand narrative of the Sangh history and ideology. Shri Sundaram was a nationalist of first order and he leaves behind a rare legacy of a civil servant and an active intellectual. Yah kriyavaan sa panditah.  I pay my homage to the memory of great man, and pray the almighty to bestow sadgati on the departed soul” said Dattatreya Hosabale in his condolence message.

RSS veteran K Suryanarayana Rao, Senior leader of RSS, has stated in his words, “It is extremely painful to learn about sad and sudden demise of respected V.Sundaram  IAS (Retd).  He was a great lover and admirer of RSS and a strong, fearless Hindu.  He was always thinking, writing and speaking about the problems of Hindu society and its solutions. His words and writings are source of great inspiration for all workers who are working for the Hindu cause.  So the country, particularly Hindu Society has unfortunately lost a great fighter for its cause.  I pray the Almighty to give Satgathi to his blessed soul. I offer my last Shraddanjali to the departed soul.  With Shashtaanga pranams”.

Ramagopalan, founder of Hindu Munnani, in his statement, stated that Shri Sundaram led an ideal life during his service as an IAS Officer as well as a retired person.  Nation lost a great warrior for Hindu cause. 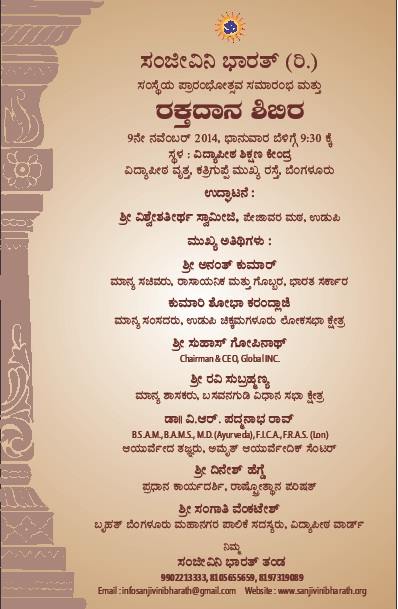