Payyannur Kannur Kerala Dec 07: In a continued incident of hate-politics, several houses belongs to RSS functionaries were attacked on Saturday night at Payyannoor of Kannur, northern Kerala. Once again, police failed to control the continued attack on patriotic social workers of Sanghparivar.

J Nandakumar, RSS Akhil Bharatiya San Prachar Pramukh strongly condemned the incident. “We strongly condemn the inhuman attacks unleashed by Marxists goons against RSS workers in Payyannur. Marxist leaders lost their mental balance due to the cadre drain they are facing in their so called Citadels. Irked by that they resort for violence to stop the flow of workers towards RSS and related organisations. Marxists should leave this barbaric method of primitive communism or else the people who believe in democracy would sure force them to behave themselves” said J Nandakumar.

Union Home Minister Rajnath Sing visited Kannur district  on September 26 and assured a control on hate politics issues which had decades of history. Even after Home Minister’s appeal, the incidents of attack on RSS families are repeating and mounting gradually. Rajnath Singh had visited the family members of a slain RSS functionary in Kerala’s Kannur district, Elamthotathil Manoj, the district Shareerik Pramukh of the RSS, was hacked to death on September 01  by CPI(M) activists at Kathirur. Sun Dec 7 , 2014
Bengaluru December 07: Vishwa Hindu Parishat, Bengaluru unit  organised ‘Bhagwad Geeta Parayana Yagna’ today  at Sri Shankar Matha, at Shankarapuram Bengaluru. More than 7000 devotees attended the ceremony and chanted the shlokas. The event began at 9 am and went till 2 pm. All the 700 shlokas from 18 chapters were […] 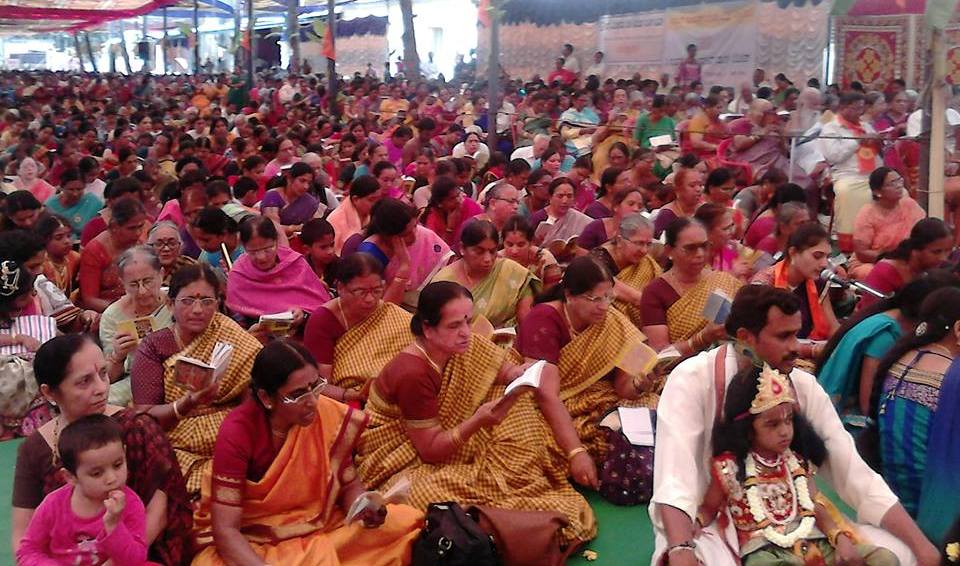