Addressing the meeting, Vishwa Hindu Parishad leader Gopalji said, “Dharma is the soul of Bharath, Hindus see god in each particle in cosmology, and therefore tree, cow, nature, and stone are worshipped. This is a basic belief of man. We taught about the importance of nature to the world, and today various thinkers agree that the Indian notion of protecting the nature is the best way to achieve world peace. The prog was held on Dec 23, 2013.

“The Constitution has provided an individual the right to practice any religion. The government cannot suppress this right. Can the government stop Muslims from performing prayers during office hours? Are Christians who take part in Benin music programmes not superstitious? The union government too is ready to pass Communal Violence Bill targeting Hindus,” he said. Sri Ramananda Swamiji of Kolya Math said, “A few people who are not aware of the culture of this land are supporting this Bill. We should protest against this Bill with the motto of do or die. India is the ‘Jagadguru’ (guru of the world) of culture. Hindutva is our culture. This is an attempt by the government to curtail the beliefs of Hindus.”

Sri Gurudevananda Swamiji of Odiyoor Math said, “They (government) should make a list of superstitious and non-superstitious beliefs. It is through Dharma that we can achieve universal peace. Eastern civilization tells us about Sanatana Dharma. We should retain our identity.”

Sri Rajashekarananda Swamiji said, “It is a hidden agenda to attack Hindu Dharma. This convention should be convey the message that if the Bill is passed the government will be in its grave. Hindus have also voted for the government, but not to evoke outrage or loot the state. The chief minister is acting according to the Bill prepared leftist extremists.

“Moreover, Siddaramaiah also performed ‘homa’ to become the chief minister, but now he is hatching a plan so that no one else can perform ‘homa’ and pull him down; hence he is trying to pass the Anti-Superstitions Bill-2013. This Bill is is a strategy to finish off Hindu society,” he alleged.

Sri Mohandas Swamiji of Manila said, “This attack on Hinduism is not new, it was there pre-Independence and post-Independence. It is time to wake up. There are attacks on Hinduism and women, and also cow slaughter. The government is concerned only about minorities, even if it means hurting the beliefs of the majority. Religious beliefs can teach morality and good thoughts to individuals.”

Mukthananda Swamiji of Karinje Math called upon the Hindus to protect their Dharma and repond to the attack on their belief system.

Satyajit Suratkal of Hindu Jagarana Vedike said, “India is a land which gave to the world the Vedas, the Upanishads, the Ramayana, and the Mahabharata to propogate peaceful living. When the Hindu Samaj was attacked, it retaliated against all odds at various instances.  Janardhana Poojary (former union minister) who once neglected Hinduism is now talking in favour of Hindutva as he has learnt a lesson. Even Siddaramaiah will face the same if criticizes Hindu beliefs.”

On this occasion M B Puranik, Ramdas Asranna and others were present. 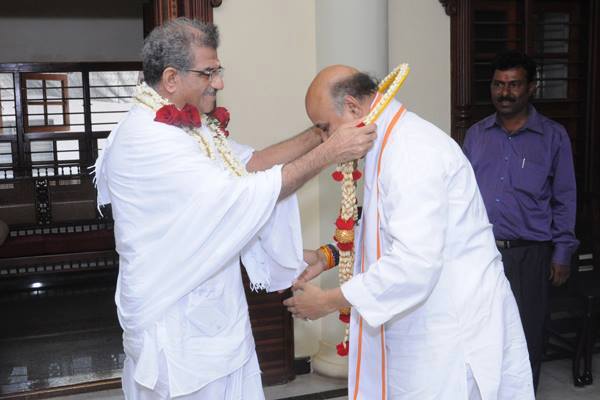