New Delhi. March 18, 2014. A High level Delegation of Vishwa Hindu Parishad (VHP) today meets the Election Commission of India & complained him against Muslim appeasement policies of the UPA Govt. and violation of Model code of conduct. Issuing gazette notification no. SO661(E) by the Govt. of India to withdraw from acquisition of 123 Govt. properties in Delhi and surrendering them to Delhi Wakf board(DWB) on March 5, 2014 is not only un-constitutional but amounts to clear violation of the Model Code of conduct. Amongst the properties are (i) property in wireless station and (ii) the Vice-Presidential Estate. Ignoring the strategic importance of these properties, issuing this notification hurriedly, clearly shows that its main aim was to woo the Muslim voters, said VHP.

The UPA Govt. who usually ignored our judiciary, now dared to challenged the Election commission also. VHP also wrote to the President of Bharat in this regard. Today we appealed the election commission that for violation of Model code of conduct by the UPA Govt, not only this notification be withdrawn but also the Congress & its Govt. allies be debarred from fighting this general election.

All these properties were acquired for the new capital of Delhi in the years 1911-1915. As per the Govt. records, the acquisition was completed, possession taken and all these properties were put under the control and management of the DDA/L&DO. Even though, in 1970, exceeding its constitutional authorities, the DWB unilaterally declared these properties as Wakf properties. In 1974, when Govt. constituted a committee to investigate into the matter, the DWB chairperson was appointed as the chairman of the investigating Committee. This could not be seen anywhere in the world that culprit is being appointed as an investigator for the crime committed by himself. It is noteworthy, the Committee claimed that it was not allowed to enter into the two properties situated in protected areas. Even after all this, the Govt. handed over these properties to DWB, however on the petition of Indraprastha Vishwa Hindu Parishad, the High Court of Delhi had stayed the order in the same year 1984.After a long battle of 27 years, on Jan 12, 2011, the High Court ordered  that Govt. should rethink in the matter within six months and our stay order would be continued.

After two years of deep sleep, the Muslim Vote bank suddenly awakened the UPA Govt. and ignoring judicial order and violating Model Code of Conduct, all such properties were surrendered to DWB on the same day when the elections were declared. VHP today appealed the election commission to ban the notification and debar Congress & its Govt. allies from fighting these general elections. VHP appeals to the country to teach a lesson to all those, who are playing with our democracy & national interests, in greed of votes. 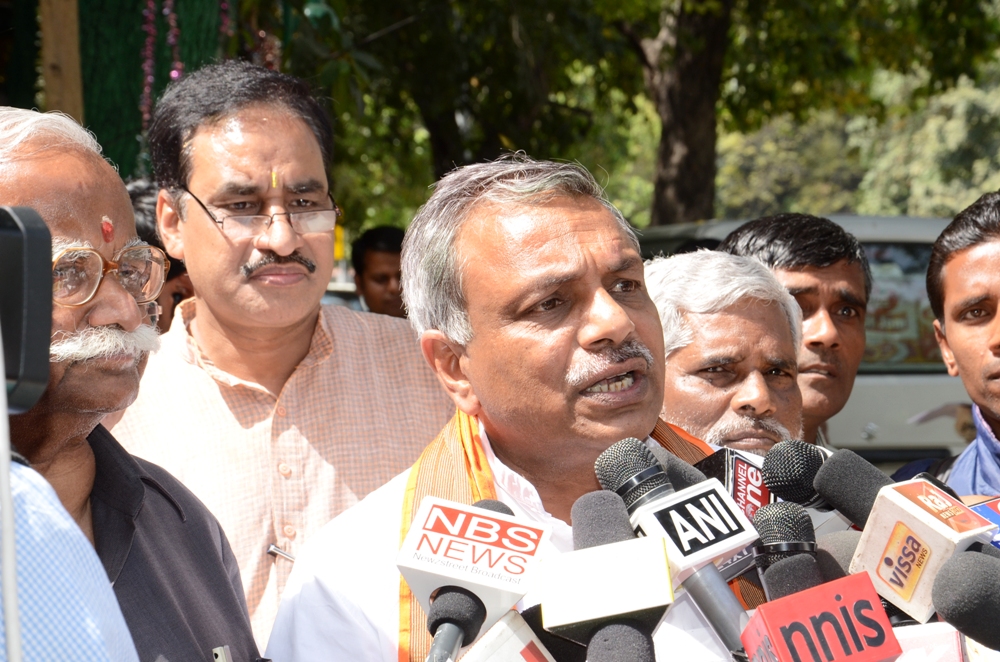