There’s not an inch of space in room No. 26 in the Bharatiya Janata Party (BJP) headquarters in New Delhi. Those queued up there include a distressed villager from Uttar Pradesh, a voluntary sector worker from Bangladesh and an elderly Rashtriya Swayamsevak Sangh (RSS) member from Bhopal. And they are waiting for a meeting with the man in the adjoining room — Ram Madhav.

The BJP general secretary is busy surfing the Internet on his iPad. It’s been a busy fortnight — Chinese President Xi Jinping has come and gone, the Shiv Sena-BJP alliance has come apart in Maharashtra, where elections are to be held next month, and the BJP performed poorly in bypolls held in the states.

Have the people of Uttar Pradesh, where the BJP did phenomenally well in the general election, turned their backs on the party, which lost (along with an ally) seven of the 11 seats it held in the Assembly?

Madhav, 49, doesn’t think so. The results, he holds, were impacted by the fact that the Bahujan Samaj Party did not take part in the polls, turning the contests into virtually straight fights between the Samajwadi Party and BJP. “But to expect to win every election is not correct either, because each election has its own arithmetic and dynamics,” he adds.

Election results, however, must lead to analyses, he points out. “Every election result is a time for stocktaking. It gives us an opportunity to find out what is happening on the ground, so that we can prepare ourselves for the next election,” Madhav says.

The poll in Bengal has given the BJP reason to rejoice. The party now has a seat in the Bengal Assembly, won by Shamik Bhattacharjee, who defeated Trinamul candidate Dipendu Biswas in Basirhat by 1,568 votes. Of course, Bhattacharjee had led from the same Assembly segment in the 2014 Lok Sabha polls by 30,000 votes. The margin has come down drastically, but Madhav is not greatly troubled by that — he is happy that the party is making its presence felt in a “tough” state like Bengal.

“We have certainly emerged as a force in Bengal. In the next Assembly election, BJP will be seen as an alternative to the ruling party,” he says.

But the party’s dismal performance in the bypolls in many of the states — including Bihar and Rajasthan — has triggered a blame game in the BJP. Senior party leader and former deputy chief minister of Bihar Sushil Modi had put the failure in UP on Gorakhpur MP Yogi Adityanath, who had accused Muslims of carrying out a “Love Jihad” campaign, in which Muslim men targeted Hindu girls for conversion to Islam by feigning love.

“This (Love Jihad) is a concern of local political leaders, including Yogi Adityanath. They have noticed this happening and have talked about it. So what’s wrong,” he asks.

Madhav shrugs off criticism of Modi’s second-in-command, Amit Shah. Some in the party have criticised Shah’s individualistic style of functioning and blamed it for the UP debacle.

“Shah is a capable leader. He has proved his political mettle and maturity in Gujarat. Probably, if we win two state elections — Maharashtra and Haryana — the whole assessment will change,” Madhav says.

It’s difficult to rile Madhav, who wears a smile on his face most of the time. Originally from Andhra Pradesh, the six-footer represents the new face of the RSS.

Technologically savvy, Madhav is active on social networking forums. A recent tweet, however, put him in trouble when, after the death of historian Bipan Chandra, he praised the academic’s contribution to history. Angry reactions followed, condemning Madhav for lauding a staunch critic of the RSS.

But Madhav is not troubled by the trolls. “We are a democracy. Everyone — even the last man on the street — is entitled to his views. I don’t disrespect anybody personally merely because he or she was critical of the RSS. I would rather defend the RSS with all my might,” he says.

And that’s not surprising, for Madhav’s links with the RSS are old. His father, Surya Narayan, was a member of the RSS, the state general secretary of the Jan Sangh and later a member of the BJP. His mother Janaki Devi, too, was active in the party.

Madhav, who joined the RSS when he was four, studied engineering and then political science from Mysore University — which is when he decided to became a full-time RSS pracharak.

“I had a great training in the RSS. Whatever I am today, it is because of the RSS,” he says.

He argues that the RSS is changing with time — and the belief that it’s stuck in a time warp is misleading.

“It adapts to changing times,” he says. “It has introduced so many new activities for the young such as exclusive shakhas where there are specific activities for IT professionals. I went to a shakha recently where youngsters were playing rugby.”

Many university students are joining the RSS, he contends, adding that “thousands of men” express their desire to join the RSS on its website. “So if there is membership through the website, you can imagine that young people are joining us,” he says.

He himself is one of the younger leaders of the RSS, which is generally seen as a body of greying men. Spokesperson for the RSS since 2003, Madhav, articulate and suave, was leased to the BJP in July this year, soon after the BJP rode to power at the Centre (and is now with the Prime Minister’s delegation to the United States).

With a foot in each camp, Madhav knows the equation between the parent body and the party. He dismisses stories about rifts between the RSS and BJP — and rumours that Prime Minister Narendra Modi has no time for the RSS.

“The RSS and BJP share a very good equation. And it’s not correct that Modiji ignores the RSS. He is an experienced and visionary leader and he would have his own views. That doesn’t mean he is ignoring the RSS,” he says, with a broad smile.

But why is the RSS quiet? Shouldn’t it have stepped in when Modi’s team sidelined senior leaders such as L.K. Advani and Murli Manohar Joshi?

“I really don’t understand why people call it sidelining. They are such seniors and such fatherly figures for the party that nobody can sideline them. As far as responsibilities are concerned, they themselves have handed over responsibilities to younger teams,” he says.

There are many who believe that the “younger teams” took away their responsibilities, I point out. “It’s your interpretation,” he replies.

He reminds me that he has only a few more minutes to spare. So we move on to the subject of writing — an old passion of his. His recent book, Uneasy Neighbours: India and China after Fifty Years of the War, prompts me to ask him about Xi’s visit, and if it has improved ties between India and China.

“From the Indian side, we have always made sincere efforts to improve ties with China. Both Modi and Xi Jinping talk to each other without any baggage of history,” he says. “But what really plagues our relationship is that there is a huge deficit of trust between the two countries. I am sure the new leadership will bridge the deficit,” he adds.

Madhav says he is an avid reader. He is reading a book on Pakistan — but says he can’t remember the name. That nudges me towards Pakistan, and I ask him about the government’s decision to call off talks between foreign secretaries because the Pakistan high commissioner had met Kashmiri separatist leaders.

“The government’s stand on not appreciating the Pak envoy’s invitation to separatist leaders is a firm message to our neighbour that things have changed in India and they can’t take us for granted. We were used to a docile diplomacy. We think it is natural for separatist leaders to meet Pakistani officials here. We have allowed all this to happen for far too long. Good that things have now changed,” he stresses.

The BJP hopes to see change in Kashmir, too — where it has launched its Mission 44, a campaign with the help of which it seeks to form a government (with 44 seats in the Assembly) in Kashmir in the next election. Some people in Kashmir have accused the BJP of rolling out relief measures during the recent floods in the state mainly to woo voters.

Madhav doesn’t smile any more. “This is a wrong and irresponsible statement. This is a natural calamity and everyone should jump into flood relief measures. There is no political agenda in it,” he says.

I can tell that the few extra minutes are over. He gets up to leave for another meeting. The crowd in the adjoining room will have to wait some more.

Tue Sep 30 , 2014
An Open letter to Prime Minister of India  From:  A Jayakumar Secretary General, Vijnana Bharati To: Respected Prime Minister of India, On behalf of the scientific community of India, Vijnana Bharati, the largest scientific non-governmental organization of India appeals to Honourable PM not to invite any sort of investments in […] 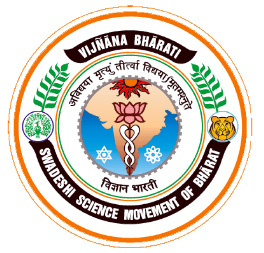