New Delhi October 21, 2014: In an overwhelming response to nationwide blood donation camp of VHP, thousands of youth donated blood across Bharat, crossing a collection of a total of  100,000 units of blood across the nation. The blood donation drive was organised by VHP and its youth wing Bajarangadal to commemorate the Golden Jubilee year of Vishwa Hindu Parishat.

World needs 50 million and Bharat requires 8 million units of blood today. The demand is gradually being increased due to the increasing fatal accidents, Operations & Cancer patients. To promote people for Blood & eye donations and to inculcate it in their habits, Bajrang dal’s initiative today turned up one lakh people to donate blood throughout the country. Inaugurating camps at 8 Am in Agra & at 11.30 Am in Karol Bagh New Delhi, the international Working president of Vishwa Hindu Parishad, Dr.  Praveen Bhai Togadia also said that by arranging such Camps in every district of the country, Bajrang dal is committed that no one would face scarcity of blood in the country. He also inaugurated a mobile app “Blood 4 India” to search a donor near to the needy easily.

Inaugurating a camp in Nehru Nagar of south Delhi by donating blood himself, the national convenor of Bajrang dal shri Rajesh Sharma said that today in 1990 Kothari Bandhu & many more put their blood for shri Ram Janm Bhoomi, now we are donating it for the nation. We are committed to make Andh-mukt & Rakt-yukt (blind free & blood rich) Bharat. 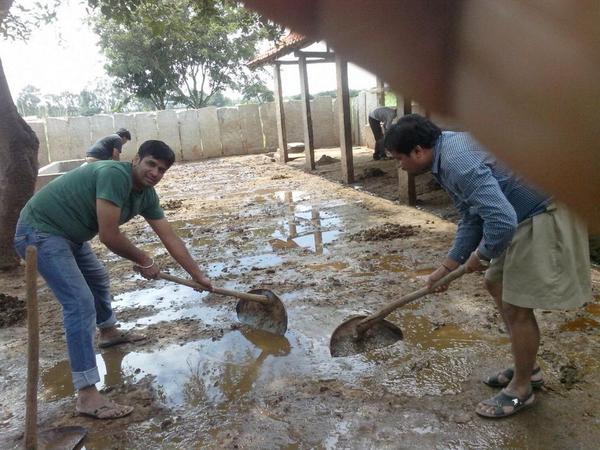