Kannur September 1: In yet another shocking case of political goondaism, an RSS district leader was hacked to death and another seriously injured in an attack allegedly by a group of CPM activists at Ukkasmotta near Diamond Mukku, a politically sensitive locality in the suburb of Thalassery in Kannur district on Monday.

The deceased has been identified as Elamthottathil Manoj (42), who was the Sharirik Sikshak Pramukh of the RSS and his friend Pramod was serious injured when the duo was attacked after hurling bombs on the car they were travelling around 11.30am.

Condemning the incident in strong terms, RSS Kerala Pranth Karyavah Gopalankutty Master said “The brutal murder of RSS district leader Manoj,was with the blessings from the top leadership of CPM. They killed Manoj without any provocation. In a short period of one week, two of our activists were murdered and a series of atrocities were staged. CPM is carrying out their policy of uprooting enemies. They are trying to stop the flow of their workers to BJP/ RSS. This will not only destroy the peace in the district but create a havoc. RSS does not have faith in the present group of investigators”Incidentally, on August 27, another Bharathiya Mazdoor Sangh (BMS) worker, Suresh Kumar (42), had died after he was attacked by a gang of suspected CPM workers on August 17.  Considering the gravity of the situation, a police team under Thalassery ASP Narayanan is camping the tense area to prevent any untoward incident. 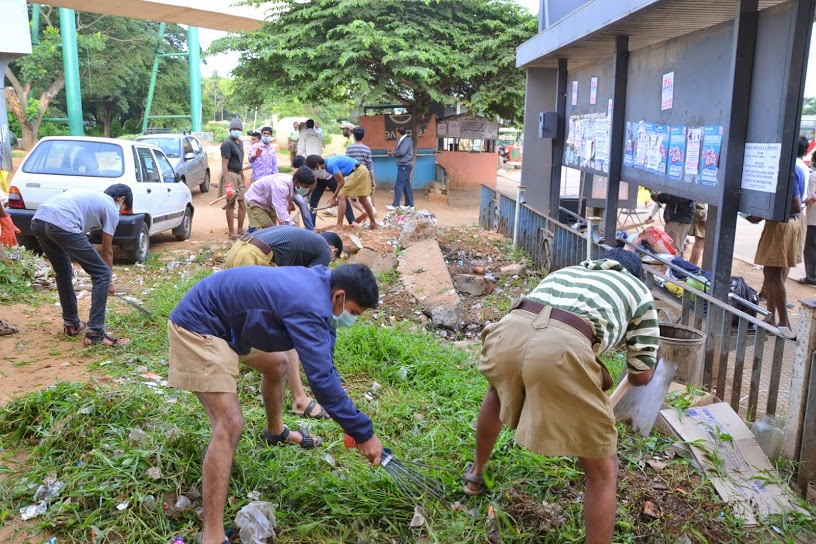