November 01 BENGALURU: Yes, what you just read is the new name of Karnataka’s capital. From today, Bangalore and 11 other cities have new nomenclature. The state government issued a notification to the effect on Friday evening. The renaming coincides with the Kannada Rajyotsava celebrations.

Bangalore is the latest city to have its name changed. Bombay became Mumbai in 1995 after a 40-year struggle; Madras changed to Chennai in 1996; Calcutta to Kolkata in 2001; Trivandrum to Thiruvananthapuram in 1991; Pondicherry to Puducherry in 2006; Poona to Pune in 2008; and Orissa to Odisha in 2011.

While the names of the 12 cities will change, institutions like the University of Mysore are expected to retain their original names.  Belgaum had unofficially become Belagavi much before the official notification. The local administration had ensured that a majority of boards — in Kannada — called the city Belagavi.

Renaming of cities was mooted nine years ago, but the UPA government put it on the back burner. The suggestion came from Jnanpith awardee UR Ananthamurthy. He urged then chief minister N Dharam Singh, in 2005, to rename Bangalore to mark Karnataka’s golden jubilee celebrations. Even as Singh readily agreed, demands from other districts cropped up, making it a list of 12 cities.

In 2006, Karnataka sent the Centre a list of the proposed new names. The proposal got stuck because the Maharashtra government filed a counter that the proposal to rename Belgaum was meant to hurt the sentiments of Marathi-speaking people living in the district.

The UPA-1 government cleared the names with a rider: leave Belgaum alone. It did not want to antagonize Maharashtra, which claims that parts of Belgaum district belong to it. The JD(S)-BJP government in the state refused to comply. The issue went into cold storage because successive governments did not pursue it. (Inputs, IMAGE from Times of India)

Sat Nov 1 , 2014
AGRA November 01: A three-day ‘Yuva Sankalp Shivir’ organised by  Rashtriya Swayamsevak Sangh (RSS) began on Saturday morning at Astha City here in Agra.  RSS Sarasanghachalak Mohan Bhagwat will participate and interact with the young audience participating in the conclave. Nearly 5000 youth are participating in this conclave,  most of them graduates […] 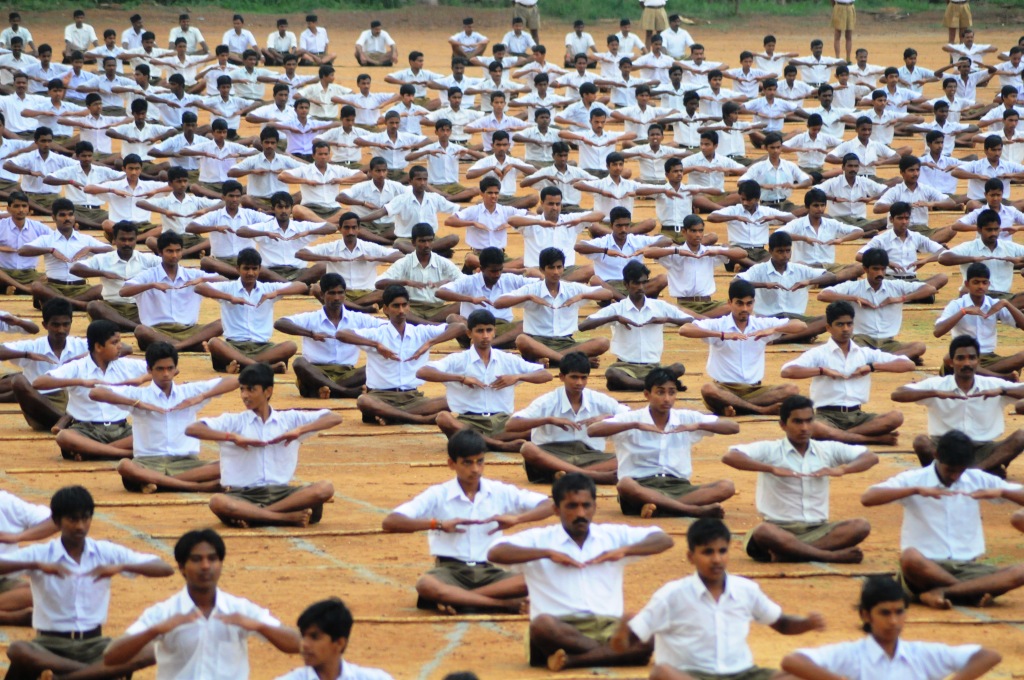