27th October, 2014, Hyderabad: “Swargiya T.V.Deshmukh was an ideal Swyamsevak as specified by Rastriya Swayamsevak Sangh, he joined RSS as Bala Swayamsevak and after graduation, worked as a Pracharak for about 3 years in Bodhan, Nizamabad District, in Telangana. And even in Gruhasthu Ashrama Dharma, he worked for the betterment of the Hindu Society” thus Sri Bhayyaji Joshi, Sar Karyavah of RSS has paid glorious tributes to Late Sri T.V.Deshmukh Kshetra Sanghachalak for Dakshina Madhya Kshetra (States of Karnataka, Andhra Pradesh and Telangana).

“Deshmukhji worked as Mahanagar Sanghchalak, Paschim Andhra Pranth Sanghachalak and Kshetra Sanghchalak and guided many karyakartas and Sangh Parivar Organisations. He was a source of inspiration for Saraswati Vidyapeetham, Akhila Bharatiya Vidyarthi Parishad, Samajika Samarasata Vedika and many more Sangh Parivar and other Social Organisations. When, the then AP Govt. tried to limit the abode of Lord Venkateswara in Tirumala to Two hills only, Deshmukhji organised many religious personalities of social activists and conducted a mass movement against the Govt.’s decision. Under the ledership of Pujya Pejavar Swamiji and Justice Parvata Rao and other eminent personalities the Sangh Karyakartas and other social activists organised a mass movement and the result was the Govt. has withdrawn the controversial G.O.” Bhayyaji told the audians and paid tributes Late Sri T.V.Deshmukhji.

Justice L.Narasimha Reddy, Chairman of Kesava Memorial Educational Trust paid his glorious tributes to Deshmukh and told that Deshmukhji was source of inspiration and gave valuable suggestions to develop the Kesava memorial educational institutions. “The Hindu Society has the lost a committed and sinciere social worker” Sri MVR Sastry, Editor Andhra Bhoomi Telugu daily told the audiance. Late Sri Deshmukh was a desiple of Sadguru Sivananda Murthy and he worked for the upliftment of Hindu Society said Sri MVR Sastry. He was a source of inspiration even for journalist like me, said Sri MVR Sastry. 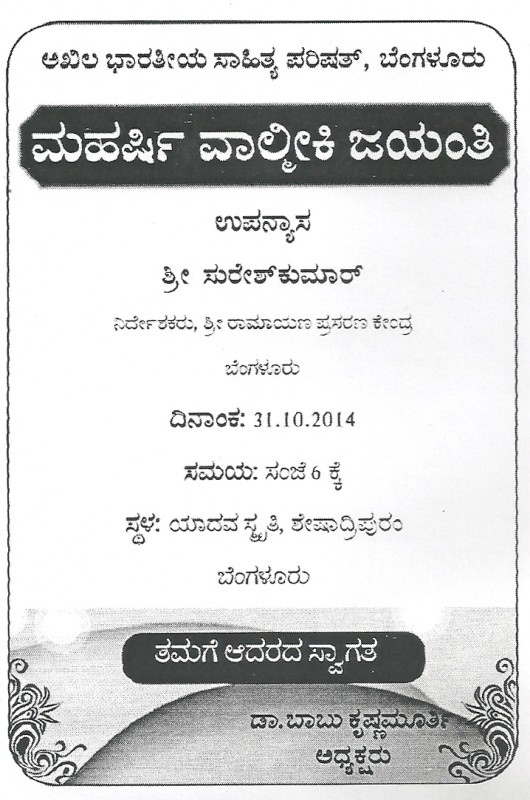