The announcement was made on the eve of Mr. Vajpayee’s 90th birthday and the 153rd birth anniversary of Pandit Malviya.

Earlier, Mr. Advani had written a letter to the UPA Government to award the Bharat Ratna to the former Prime Minister. The request was however, overlooked by the UPA government, said sources. In 2013, the award was conferred to cricketer Sachin Tendulkar and scientist C.N.R Rao.

A Bharat Ratna for Pandit Malviya, a freedom fighter and the founder of the Benaras Hindu University was proposed by Prime Minister Narendra Modi during his election campaign. Justice Giridhar Malviya, the grandson of Pandit Malviya was one of those who proposed the nomination of Mr. Modi from Varanasi parliamentary constituency. Mr. Vajpayee will be the seventh Prime Minister to receive the award, while Pandit Malviya will be the 12th person to be honoured posthumously.

Prime Minister Narendra Modi has expressed delight at the announcement. “Bharat Ratna being conferred on Pt. Madan Mohan Malaviya and Atal Bihari Vajpayee is a matter of great delight. Country’s highest honour to these illustrious stalwarts is a fitting recognition of their service to the Nation. Pt. Madan Mohan Malaviya is remembered as a phenomenal scholar and freedom fighter who lit the spark of national consciousness among people. Atal ji means so much to everyone. A guide, inspiration and giant among giants. His contribution to India is invaluable,” the Prime Minister said.

Politicians from across the spectrum welcomed the decision to honour the former PM. 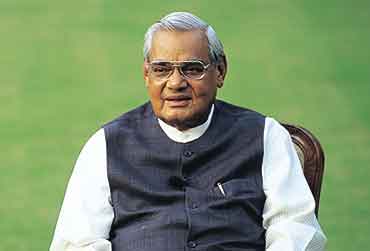