Chennai November 08: RSS Tamilnadu had planned to conduct a route march in every district headquarters of the state on November 9, 2014.  A permission letter seeking to conduct route march was given to every district police office.  Police denied the permission citing Section 41A of Chennai City Police Act, 1888, read with Section 54(A) of the Tamilnadu District Police Act, 1859.  RSS representatives filed writ petitions under Article 226 of the Constitution of India, in High Court against this ban on permission.

Case was heard on 3rd November and 6th November, 2014 on writ petitions No.28677 to 28683 of 2014 from 7 districts namely Chennai, Mannargudi, Tuticorin, Karur, Coimbatore and Kanyakumari. Justice V.Ramasubramanian heard the arguments on both sides.

Judge observed that the orders passed by the respondents are not in accordance with the mandate of Section 41A, as the section has no application to the holding of processions.  When arguments on how the uniform of khaki trouser and white shirt worn by the RSS volunteers, resembled the uniform of the armed forces of the Union or the police force came up, Judge observed that no member of police force today wear half trousers and the uniform was designed way back in 1920s and set aside the argument on Sangh uniform. Observing that the Act is only for regulating and not prohibiting, Justice Ramasubramanian allowed the writ petitions filed by RSS representatives, directing the respondents to grant permission to the petitioners to allow processions in the routes specified and to hold public meetings in the places earmarked.

According to the verdict, permission was granted to take out RSS route march in Sangh uniform in seven places.

Meanwhile, it was reported that the State Government intends to go on an appeal against the verdict.

Sat Nov 8 , 2014
Chennai November 08: Noted scholar, author-writer  V.Sundaram IAS (Retd) passed away on Friday morning at his residence. He served with distinction in several high positions in Tamilnadu Government from 1966 to 1994 with great record. V Sundaram had authored various books, to name a few, Salutations to Guruji Golwalkar (2007), Rama Setu […] 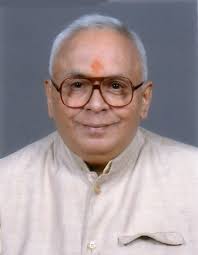