The 1.3-million strong Indian army which is considered to be the fourth largest in the world, is by instinct and training equipped for an intensive defensive warfare. Channelising its power, India is now gearing for an offensive mountain warfare strategy. This tactic is being considered a counterpoise to Chinese build up especially along the Line of Control(LoC) touching Arunachal Pradesh. “The restructuring is to ensure better striking capabilities to protect the border areas in mountains. And our thrust has been on surveillance and decision support systems, acquisition of deep strike capabilities with BrahMos supersonic cruise missiles and Pinaka rocket systems, betterment of our artillery and mechanised forces and improving our aviation capabilities,“ was the observation of the former Indian army chief General VK Singh.

In the context of growing Chinese adventurism, India’s Defence establishment has now initiated the process of setting up of two elite mountain corps for deployment along India’s international borders with China including Arunachal Pradesh. This new, well equipped elite mountain strike corps has the mandate to attack China if it tries to capture any part of the Indian territory. For tackling Chinese threats, offense seems to be the best weapon to ensure the territorial integrity of the country. And by all means, India should not allow the repeat of 1962 when India had to make ignominious retreat in the face of well equipped Chinese defence forces swarming the Indian borders posts with little resistance.

The new corps will be raised over the next seven years and 80,000 soldiers will be trained and equipped to excel in mountain warfare. To facilitate the process of estabilishing a road network in power with China, the Indian army has also been pressing for the rapid development of transport network and infrastructure growth along India’s international borders with China. It is widely known that the Chinese side of the international borders with India boasts of a well developed all weather road network and infrastructure including air fields that facilitate the rapid movement of the PLA (People’s Liberation Army) troops. Many civilian highways built to the military standards and railway projects linking borders areas with the mainland China happens to be the trump card of PLA’s defensive and offensive strategy. On the contrary, the Indian side of the border has poor road network and are far from well developed infrastructure which can impede the mobility of the mountain corps.

For long, the Indian military believed that the poorly developed roads and infrastructure helps impede the incursion of enemy forces into the Indian territory. But this philosophy lost relevance in the context of the changing dynamics of warfare, and the need for developing all weather transportation network and associated infrastructure along India’s border with China became a necessity

As envisaged now, the mountain strike corps will need to be equipped with robust aviation assets including attack and transport helicopters, special operations aircraft, an armoured regiment and an artillery regiment with transportable light weight howitzers’ for countering Chinese incursions into the Indian Territory. However, if there is equipment shortage , it could prove be a major hindrance for the corps.

It may happen so because the cquisition of defence equipment under the ten years long “UPA misrule” has been immobilised by a string of “scams and scandals.” In the corridors of power in New Delhi, very little concern over the actual shortage of arms and ammunition require by Indian armed forces guarding the borders jhas been shown by the government.

But it the said happens, the mountain corps will be the largest fighting assets of the Indian army. The 130J super Hercules transport aircraft used by the Indian Air Force(IAF), which happens to be a versatile special operations’ vehicle, will able to carry 200 fully equipped soldiers to mountain areas quickly and efficiently. According to General Bikram Singh, Chief of the Army Staff, the new strike corps is already taking shape.”We have got long borders, disputed borders, porous borders, hostile borders… and web require boots on the ground,” he.

But the major area of concern so far as strengthening the combat edge of the elite mountain force will continue to be the painfully slow pace of fighting equipment acquisition. Since the notorious Bofors scam of 1980s, Indian army has not bought a single new artillery system. Indian army’s ambitious US$4-billion artillery modernisation programme haunted by the controversial Bofors deal, continues to progress at a snail’s pace.

An internal study by the Indian army reveals a shortage of Rs 60,00,00 million worth of fighting equipment. This constitutes 10 per cent of arm’s total inventory. Weapons not bought by the army include artillery worth US$450-million and air defence missile systems worth US$2-billion. India bought two major weapons after the 1999 Kargil war are 1000 plus T-90 tanks and Smerch rockets from Russia.

The operational gaps in artillery, aviation, air defence, night fighting capabilities, anti-tank guided missiles and other critical areas could weaken Indian army’s combat worthiness, if the issue is not tackled in time. “Indian military transformation has lagged primarily because of the political leadership that lacks the vision and capacity for transformation,” said Indian entrepreneur and lawmaker Rajeev Chandrasekhar.

Sat May 3 , 2014
Karnavati (Ahmedabad), May 2, 2014: After successfully launching its services of making available Specialist Doctors’ consulting FREE to the needy & poor patients in Andhra Pradesh, Delhi, Vidarbha & Pune in Maharashtra, now India Health Line embarks on the most useful service for people of India. India Health Line launched a […] 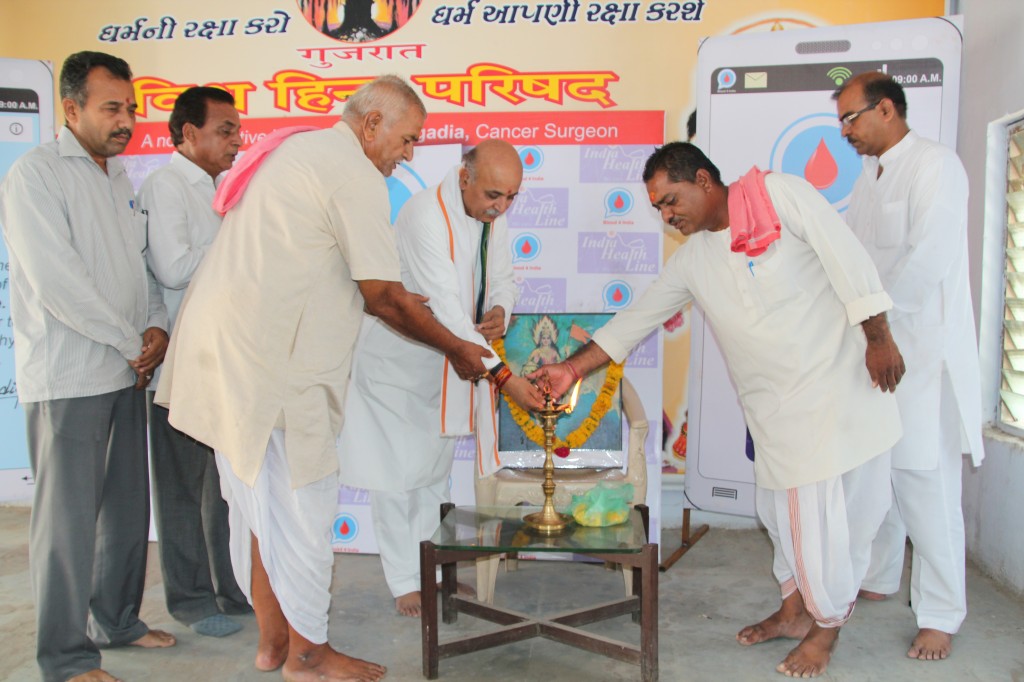