Bhiwandi, Maharashtra July 12: Yesterday on Juky 11th, 2014  the Hon. Magistrate of the Bhiwandi Court has given orders to issue summons addressing Rahul Gandhi (the Vice President,Indian National Congress) in the second hearing of the case filed by Rajesh M.  Kunte, a local resident of Bhiwandi.

The case was filed in respect the electoral campaign speech delivered by Rahul Gandhi on 6th March, 2014 at Bhiwandi in which he has made allegations against RSS and RSS men as “they are killers of Gandhiji”. Referring this deliberate and motivated attempt of defaming the most nationalist,disciplined organization RSS and it’s followers. This case was filed under no. “Other Miscellaneous Application No.353 of 2014”. In the previous hearing the court had asked for the Police verification report under section 202 of criminal procedure code to check the facts in this matter and the police report has confirmed the contents put forward by the complainant. Today, on the pleading by the Adv.Dhargalkar refering the Police verification report the Hon. Magistrate has issued the above orders. Subsequently, Adv Dhargalkar has applied for the copy of the summons to be issued against Rahul Gandhi.

Now it interesting to see the further reaction of  Rahul Gandhi and his party men in this regard. The next proceeding is set  on 7th October 2014.

Sun Jul 13 , 2014
New Delhi July 13:  Senior Vishwa Hindu Parishad leader Acharya Giriraj Kishore, (4th February, 1920 – 13th July 2014) who was actively associated with the Ram temple agitation, died in New Delhi  following prolonged illness. He was 94. “He was ailing for some time now. He died peacefully at the VHP headquarters in […] 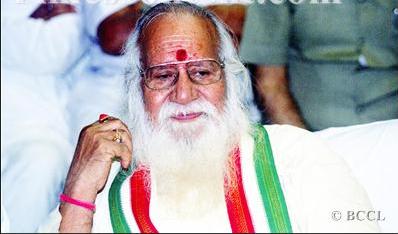