The Bharat Parikrama Yatra will travel in Himachal Pradesh till February 24th 2014. On February 25, 2014 the Yatra will enter Uttaranchal. Rajiv Malhotra to address in UTTHISHTA program at Bengaluru

Thu Jan 16 , 2014
Noted scholar Rajiv Malhotra to address a gathering at Bengaluru on January 19, 2014 at 5.00pm. Uthishta is a voluntary action and service trust conceptualized by a small group of youngsters, predominantly from the IT industry, with a big idea in the year 2006 and came into formal existence in 2013. […] 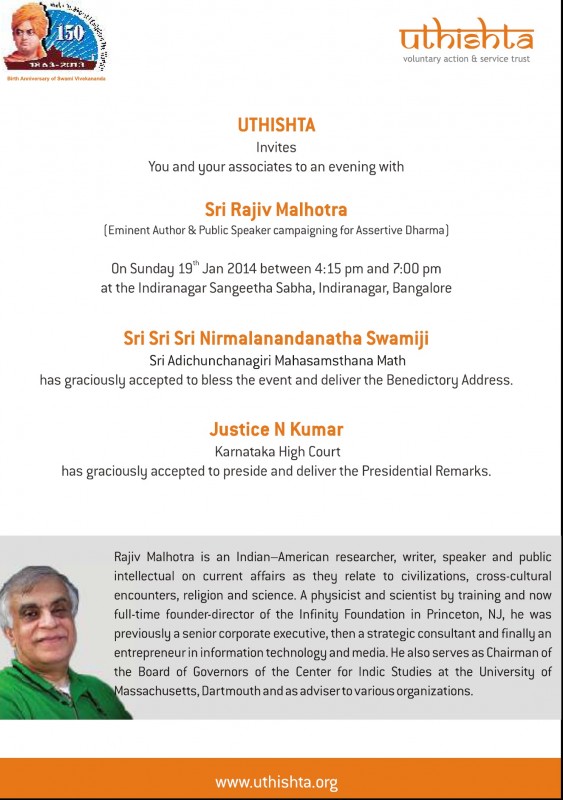