Today on Aug 06 Wednesday, the Yatra on its non-stop- 727th day, covered an area of about 8300km by walk, is now moving in Philibhit district, which comes under Bruj Pranth as per RSS Zonal division. Yatra is scheduled to visit Ayodhya on September 3. During his Yatra in Uttar Pradesh, 67 year old RSS Pracharak Sitarama Kedilaya will visit historic and most significant places including Ayodhya, Mathura, Kashi and Prayag. The detail of the Yatra schedule is yet to be received.

Wed Aug 6 , 2014
Thiruvananthapuram Aug 06, 2014: Backing Supreme Court Judge Justice A R Dave over his call to teach Gita in schools, well known RSS ideologue P Parameswaran on Wednesday said the work is not a mere religious scripture but a spiritual and philosophic classic and called for it to be declared the “national […] 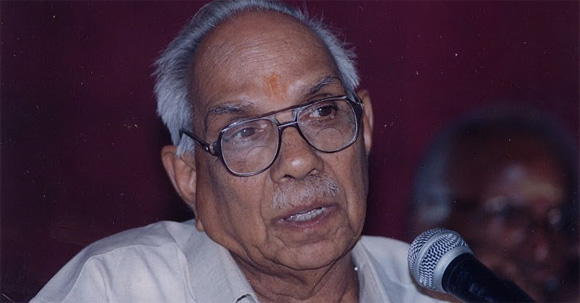