NEW DELHI November 21: Buoyed by the HRD ministry’s decision to remove German as the third language from Kendriya Vidyalayas, Sanskrit Bharati — an RSS outfit — wants the government to implement the same in CBSE-affiliated schools and compulsorily teach Sanskrit till Class XII.

“How can you be Indian without knowing Sanskrit?” he says, adding that his outfit can even carry out an agitation if CBSE schools too do not stop teaching foreign languages as the third language.

Dinesh Kamath displays a book brought out by the outfit — ‘Science in Sanskrit’ — that talks about test tube babies, ships, aeroplanes and plastic surgery among other things in ancient India.

DINESH KAMATH laments the decision of the Constituent Assembly to not make Sanskrit the national language, a proposal made by BR Ambedkar. Since 1947, successive governments have systematically killed Sanskrit, he says. “It is the mother of Indo-European languages. This has resulted in Sanskrit taking a backseat whereas Persian and Urdu words have come into our daily life. For instance, what is the need to use words like darwaza (door) and akhbaar (newspaper),” Kamath wonders.

He is also upset that the ancient Indian contribution to science is not acknowledged. “Why is Baudhyana sutra not mentioned along with Pythogoras theorem or Aryabhatta not credited for finding the value of Pi,” he asks.

Kamath also blames the Sanskrit pedagogy in the country. He says it is being taught through translation with too much emphasis on grammar. “A stereotype has been created about Sanskrit, of being inaccessible, tough and religious. Only five per cent of Sanskrit literature is about Vedas and other texts. Rest is all about physics, chemistry, astrology, astronomy and yoga. Sanskrit is a treasure of knowledge,” he says.

He gives example of Hebrew in Israel and Japanese and Chinese as languages that have made these nations superpowers without relying on English.

Admitting that time is ripe for popularization of Sanskrit, Kamath says Sanskrit Bharati is conducting Sanskrit conferences in 500 districts throughout the country besides starting correspondence courses. His outfit has already translated ancient texts. 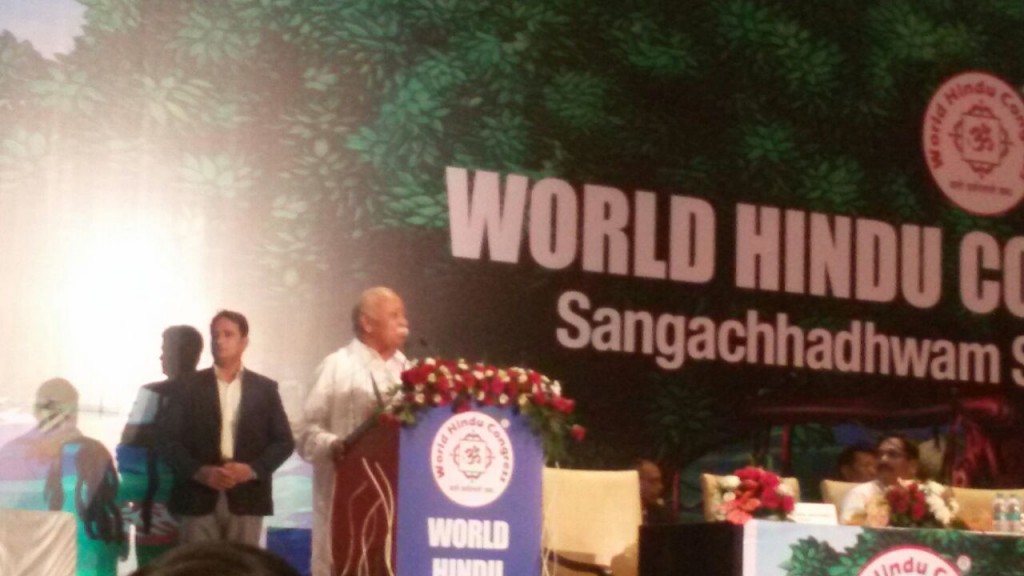