Below are the excerpts from his speech:

Today, the ‘Varsh Pratipada’ is a very auspicious day for us Hindus, as said in puranas on this day Brihma started the creation of the world. On this day only Prabhu Shri Rama was coroneted, on this special day maharshi Manu was born, the great Sindhi saint Jhulelal was born on this same day. On this day in 56 BCE the King of Ujjain Vikramaditya defeated Shakas and the Vikrama Samvat began. In fact New Year as per any Bharateeya panchang starts from today.

For Sangh Swayamsevaks, the Varsh Pratipada is important for one more reason; Dr Keshava Baliram Hedgewar the founder of RSS born on this day in the year 1889. Doctorji (Dr Keshava Baliram Hedgewar, RSS Founder) was a born patriot like Guru Govind Singh and Bhagat Singh; we might have heard stories about his staunch patriotism he exhibited since his childhood. When he was in 3rd standard he threw the sweet distributed at his school on the occasion of Queen Victoria’s coronation, telling it’s a sign of slavery. With bunch of friends he wanted to remove the Union Jack on the fort and hoist a Bhagava dhvaj. He went to Calcutta to study medicine and become Doctor, but his real intension was to work with revolutionaries fighting for the independence of the country. He participated in all sort of efforts to make country independent from the clutches of British. Because of this he had to face all sorts of difficulties. He had to go to jail also.

In this process of working for independence of country he deeply contemplated on the plight of Bharat; which had big population, powerful people, knowledge, resource and everything. Even though it had everything why Bharat became slave? By his deep contemplation he diagnosed two major problems the Hindu society had. One, the people were caring only for themselves and had forgot to think about the society and country. The patriotism had diminished in the society. Second our society was not united; it’s true our people fought with the invaders but never gave united oppositions. The organization strength of Hindu society has decreased. After diagnosing the disease in Hindu society, as a doctor, he gave the cure also. He resolved to organize Hindu society and making it strong.

For this purpose he planted the sapling of Rashtreeya Svaymsevak Sangh. He spent his each and every moment of his life watering this Sangh sapling. With a bunch of few children and youths he kept on working for this cause. He had to face all sort of ridicule and irony of people. The sapling he planted in the year 1925 has become huge tree today. The sapling named Rashtreeya Svayamsevak Sangh planted 85 plus years back, gave many fruits today has more than 80 organizations doing Sangh work. The Sangh shakhas run in 40 countries. The RSS started by one Svayamsevak then today has 45-50 lakh svayamsevaks. There are 1.5 lakh karyakartas working dedicatedly every day. Around 2250 pracharaks who are working full time, there are more than 8000 karyakarta who had worked 3-4years as pracharaks. Every year more than 12000 to 15000 svayamsevaks, who spend their own money and time to get educated in training camps, what we call Sangh Shiksha varg; more than 1500 teachers will also come to shiksha varg very year leaving their home and work for 20-30days.

After these many years of work our effort has strongly impacted the society also.  There was a time when even people used to hesitate call themselves a Hindu, our Prime Minister himself used to tell ‘if you want call me a donkey, but don’t call me Hindu’; This was the mentality. But today crores of people take pride in calling themselves Hindu. Four Hindus were not walking together earlier, but today thousand joins steps in pathasanchalan on one call. This is the great change the Sangh work has brought in Hindu society.  There was a time when Doctrorji threw the sweet distributed on the occasion of Queen Victoria’s coronation, a time also came when Margaret Thatcher PM of England garlanded Doctorji’s statue. This is also a change Sangh has brought.

RSS has passed through all sort of phases from ignoring, ridicule, opposition and hate from society. Today society is not only accepting our work but also joining hands with us. We are currently in the phase of cooperation and participation from society in our work. In the next phase the society expects Sangh to provide leadership. Doctorji had a vision of making 1% of rural population and 3% of urban population as svayamsevaks. Svaymsevaks should reach all section of society wherever necessity arises. We have to work to include all section of society in Sangh work. On this Yugadi day we will make resolution for making Sangh capable of providing leadership to society and win all areas of work wherever we go. 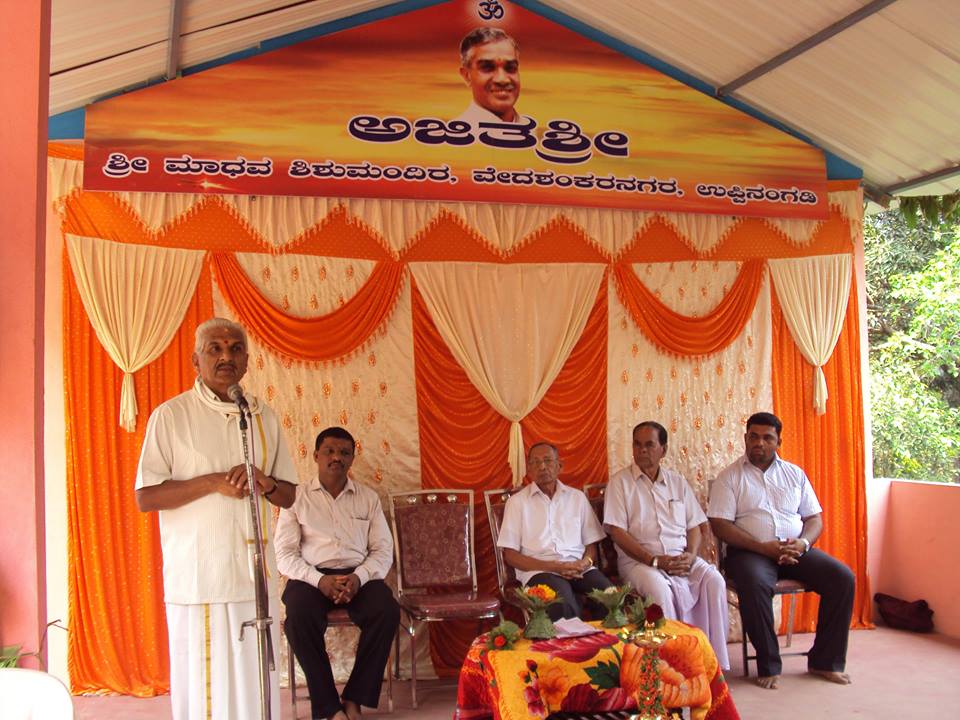